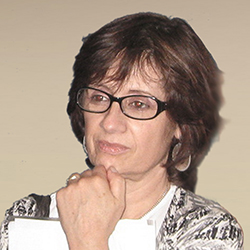 From 2001 to 2012, Ms. Valdez served as Director of Memoria Abierta, which was founded by eight human rights organizations seeking to preserve the memory of the human rights violations and of the aggression that Argentine society suffered from 1974 to 1983. Memoria Abierta’s mission is to promote a social conscience that values active memory as a means to keep history from repeating itself, and to build a solid democracy.

Prior to serving as Director of Memoria Abierta, Ms. Valdez served as Executive Director of the United Nations Commission on the Truth for El Salvador and Director of the Human Rights Department for the National Conference of Bishops in Peru. She holds a B.A. in Social Work from the Ministry of Social Welfare, Bahia Blanca, and a M.A. in Political Science from the Facultad Latinoamericana de Ciencias Sociales, Buenos Aires.