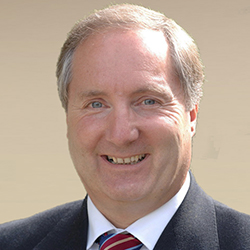 Mr. Rix is the Director of Property and Land for Clinton Devon Estates, the countryside management business responsible for 25,000 acres stretching across North and East Devon, 15,000 of which are designated Area of Outstanding Natural Beauty. Prior to joining Clinton Devon Estates, Mr. Rix served as Area Manager for the National Trust (East Midlands Region), overseeing several sites including The Workhouse, which is a museum of the National Trust and one of the founding members of the Coalition. Mr. Rix was instrumental in the development of The Workhouse, located in Nottinghamshire, England, which preserves and interprets an example of a once-familiar type of building in Victorian Britain that loomed on the outskirts of every town as both a refuge and a warning to the millions who lived near subsistence level during the 19th Century. The site seeks to serve as a place for confronting issues of poverty, welfare, disability, and homelessness. Mr. Rix is a Regional Committee Member for the East Midlands Country Land and Business Association and has also served as the Regional Land Use Adviser and Regional Rural Surveyor, as well as a Board Member of the Peak District National Park Authority and Derbyshire and Peak District Destination Management Partnership.