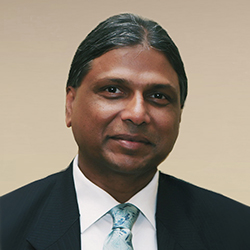 Drawing on his education and experience of affirmative action in India, Amar founded and directed at the University of Canberra, 1985-92, the National Affirmative Action program for the participation of Aboriginal Peoples and Torres Strait Islanders in museums, galleries, national parks and World Heritage Areas in Australia. The success of the program led to invitations to provide technical support for similar programs in Canada, U.S., Brazil, Vietnam, India, China, Norway and several Small Island Development States. During 1994-99, he was the International Technical Adviser for the transformation of Arts Councils, National Museums and Cultural Institutions and the National Parks Board in post- apartheid South Africa. His extensive publication record includes an earlier volume on museum training and transformation guidelines to enable the relevance of museums in Australia to its Indigenous Peoples and Multicultural populations. Heritage Curricula and Cultural Diversity, Prime Minister & Cabinet, Australia 1993.

Amar provided in the recent past strategic cultural leadership in Australia and the Asia Pacific Region as the first full Professor of Museum Studies in Australia at the University of Queensland, Brisbane. Prior to that he was Professor and Director of Sustainable Heritage Development Programs, Research School of Pacific and Asian Studies, Australian National University, Canberra. He was also until recently a Visiting Foreign Professor of World Heritage and Intangible Heritage and mentor for Ph.D. candidates at the University of Split located in the World Heritage City of Split. He has just been appointed as the Honorary Professor at the prestigious Global Change Institute, the University of Queensland.

Amar is a prominent UN/UNESCO/UNWTO Adviser on the four pillars of cultural, economic, social and environmental sustainability for the implementation of the UN Sustainable Development Goals and Transforming our world: the 2030 Agenda for Sustainable Development. (director@inclusivemuseum.org) As a full time Curator, he is currently doing extensive field work on the systemic changes that led to the formation of layers of heritage and environment significance, over almost 2400 years, in the birthplace of Mahayana Buddhism – Amaravathi Heritage Town. His research is directly informing cultural planning for India’s first fully planned and aspirational green capital also called Amaravathi in the same state of Andhra Pradesh.