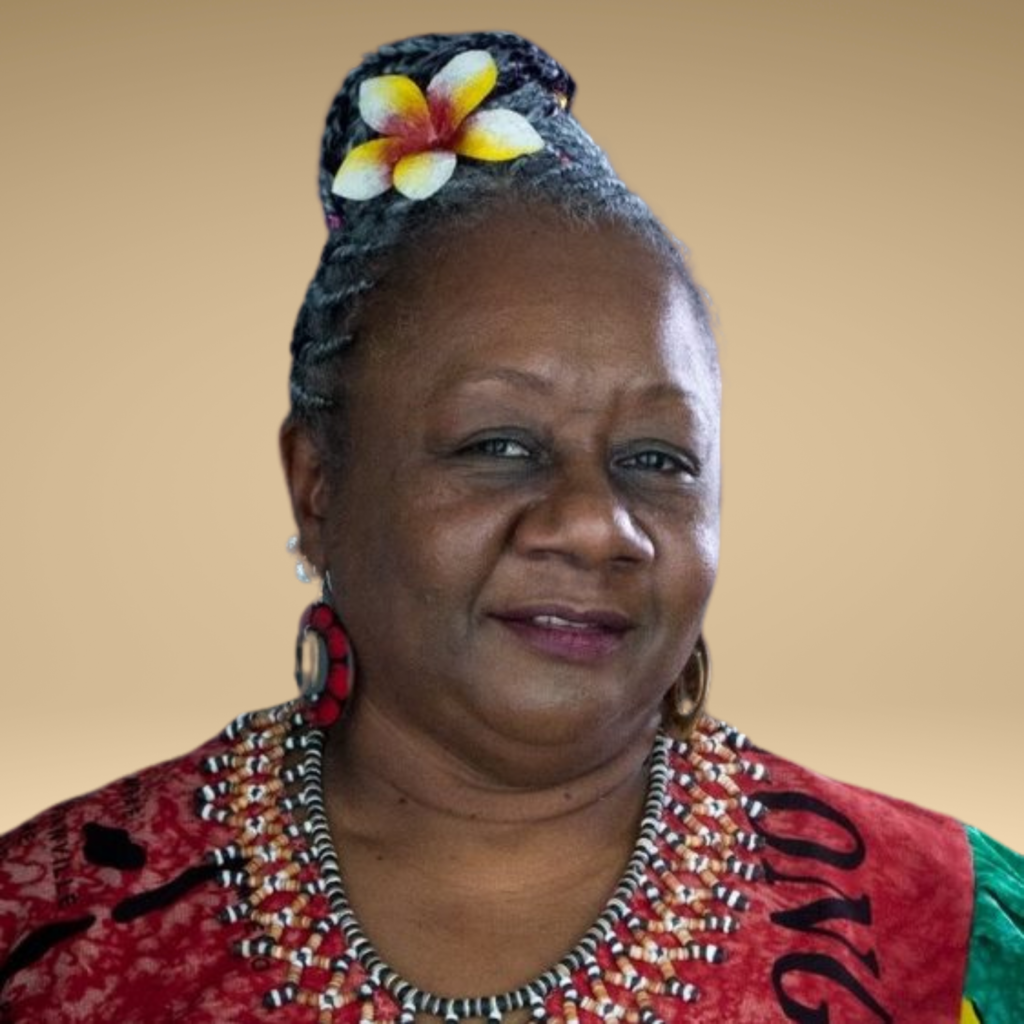 Ms. (Waskam) Emelda Davis is a second-generation Australian South Sea Islander who has worked for federal, state, community and grassroots organisations in Australia where she has exhibited diverse expertise in community development, education, training, media, and marketing.
As chairwoman of the Australian South Sea Islanders (Port Jackson) (ASSIPJ) since 2009 under Emelda’s leadership ASSIPJ have revived the focus on ‘the call for recognition’ for the descendants of Australia’s Blackbirding trade through the coordination of seven ‘Wantok’ national workshops between 2012-2015, and the development of the National Australian South Sea Islander Association constitution adopted at Tweed Heads New South Wales (NSW 2015). Holding a Masters of Arts degree from the University of Technology Sydney Emelda was awarded partial funding through the Networking Tranby ARC Scholarship for her work on Children of the Sugar Slaves – ‘Black and Resilient.’ Emelda is founder of The Black Collective AU working group in 2018 and was key advocate in 2019 towards the establishment of the Australian Museums – Pacific Cultural Collection Advisory Panel of which she sits followed by the appointed to the Board of Trustees for the International Coalition Sites of Conscious and Sydney NSW – International Council on Monuments and Sites committee. More recently Emelda is a committee member for the COVID-19 response Health Directory for Pacific Communities coordinated by state representative NSW Council for Pacific Communities and Multicultural NSW.