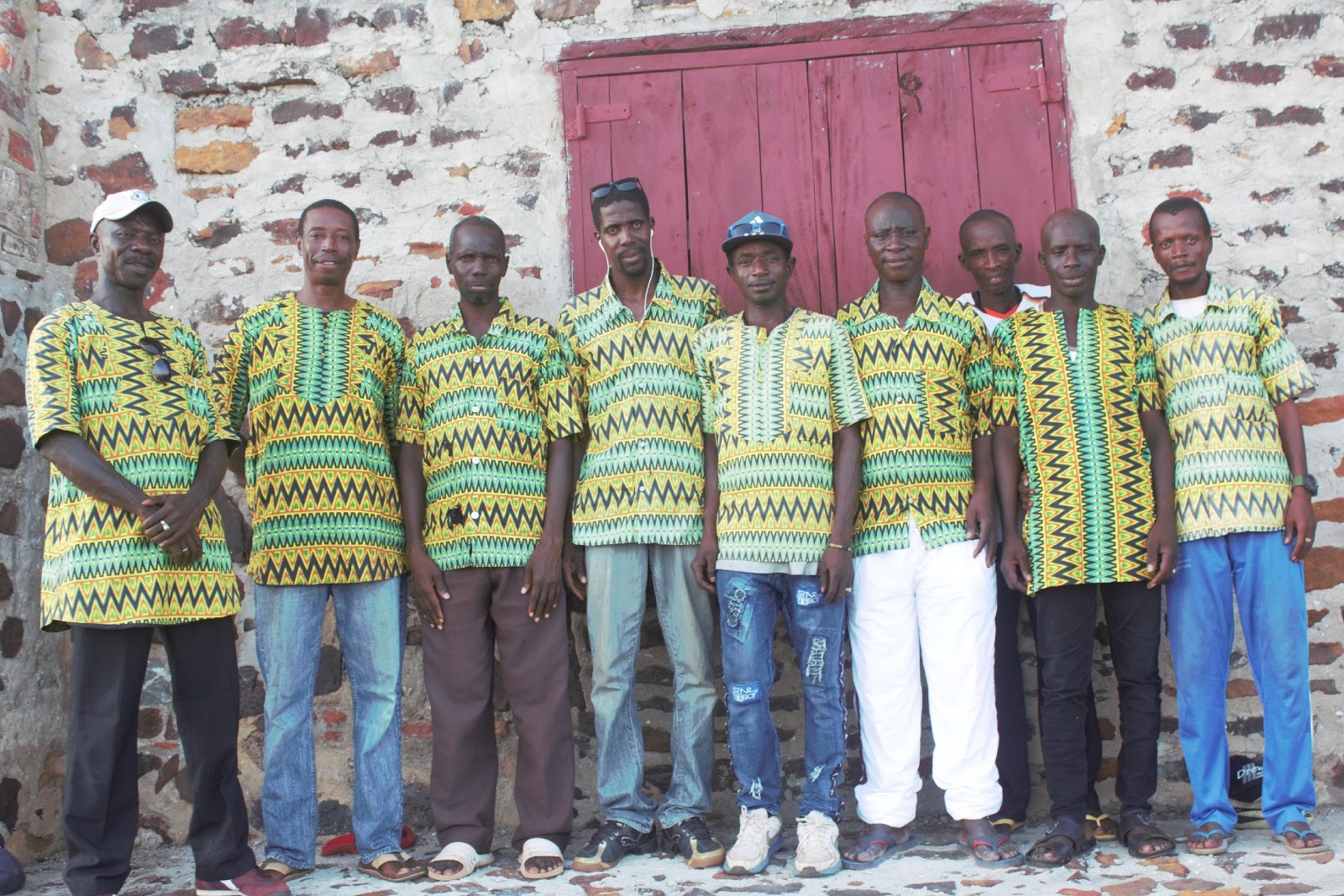 Combatting Youth Migration in The Gambia

According to the International Organization for Migration, 45% of the population in The Gambia was under 15 years old in 2015. Over the last few years, thousands of Gambian youth have attempted to enter Europe through the Mediterranean Sea – a dangerous route, locally known as the ‘backway.” Migration is especially high in the Niumi district, on the western coast of the country, where there has been a lack of employment opportunities and job-training programs. Here, Hassoum Ceesay, a historian and curator at Coalition member the National Centre for Arts and Culture, talks with the Coalition about an innovative new program – supported by a 2019 Project Support Fund grant – that seeks to begin addressing this migration crisis by creating skill-development opportunities for youth to engage at the site and making connections between historical slavery, colonialism and related issues today.

How will the Coalition’s Project Support Fund grant allow you to help remedy the migration problem in The Gambia?

The National Centre for Arts and Culture will train 25 local youth as tour guides of the historic tourist sites on Kunta Kinteh Island. Out of these 25, at least 13 will be women. Further, the National Centre will train 25 additional young community members as care-takers and craft-makers; this group will also have an even gender divide. The project aims to engage these 50 youth from nearby villages in the community’s history and culture and also create local jobs that build and sustain the community. The job-training component of this program will hopefully engage Gambian youth in dialogues about migration and also prevent them from attempting to migrate across the Mediterranean, which is very dangerous.

There is an immense potential to tap into the tourism industry as a means of creating jobs in The Gambia. The Island itself received close to 10,000 visitors in 2018, including school tours; however, formal tours of this site are lacking and the thousands of visitors present a clear need. All 50 youth come from the communities of Juffureh-Albredahe which are on the riverbank, near Kunta Kinteh Island. While female tour guides are still a rarity in The Gambia tourist industry, we hope this project will begin to dismantle the cultural barriers that have prevented women from becoming guides and becoming economically stable and independent.

Could you share more about the history of Kunta Kinteh Island?

Kunta Kinteh Island is a small island in the middle of the Gambia River, making it a strategic location to control the waterway. Visited by early explorers and merchants in their search for a sea route to India, the Island became one of the first cultural exchange zones between Africa and Europe. By 1456 the Island was controlled by Portugal, who built a fort called Fort Bullen. The site became a key stronghold to the propagation and eventual termination of the transatlantic trade in 1807. It was a departure point for thousands of enslaved people into the New World from the 1400s to the 1700s.

Located off the village of Juffure, the Island’s name was changed from James Island to Kunta Kinteh Island in 2013 in memory of the enslaved man, Kunta Kinteh, described in Alex Haley’s 1976 book, Roots.

The Island was named a UNESCO World Heritage site in 2003 because it was a key site in the transatlantic slave trade. Today, it is one of the largest tourist destinations in The Gambia. The site is managed by the National Centre for Arts and Culture, the Gambian government body responsible for heritage management and preservation.

What is unique about Kunta Kinteh Island as a site of memory?

Kunta Kinteh is a place of memory, painful memory, but also a place of hope. This project developed out of analysis from stakeholder meetings on the Island where the desire to engage youth in the history of the sites on Kunta Kinteh is frequently expressed. These consultations are usually focus group discussions or in-person community meetings in Juffureh and Barra villages, along the riverbank near the Island.

“The challenge lies in taking advantage of the benefits that tourism has to offer and at the same time finding ways and means of empowering the communities that live around the sites to counter the negative impacts of large visitor numbers. This award from the Project Support Fund will surely mitigate this challenge.”

As we speak, most interventions beginning to address youth migration are based in the urban areas, surrounding the capital city, Banjul. Rural communities like Niumi have no current programming to address migration. This Project Support Fund grant will be the first such intervention in Niumi that aims to quell migration and simultaneously engage Gambian culture and heritage.

How has migration impacted The Gambia more generally?

In 2016, according to the International Organization for Migration close to 12,000 Gambian youth arrived in Europe. Migration is an urgent social issue in The Gambia, especially in rural communities like Niumi. The Island is located in an extremely poor part of the country. Although the Island is only 15km across the River Gambia from the Gambian capital, Banjul, it can take two hours to reach due to poor road conditions. Youth migration has impacted the village and surrounding communities. Whole villages have been decimated by the loss of their sons and daughters who have passed away by drowning in the Mediterranean sea.

What will the training programs entail and who exactly will benefit?

The participants will be 50 youth from communities close to the site, where there are almost no job opportunities. This makes these participants particularly vulnerable to going the “backway” to Europe or migrating elsewhere.

Twenty-five guides will be trained. Ten of them are young men who have tried to enter Europe through Libya and the Mediterranean and have returned. These are vulnerable groups: some are traumatized, some are angry, all of them are in dire need of hope, community-building and skill-building.

Another twenty-five young Gambians will be trained in recycling and craft-making as part of the historic site maintenance and care-taking. Plastic trash is a large issue on the Island. The communities have no waste disposal methods and animals are often killed by swallowing plastic bags which is a calamity in a poor community where ruminants are a source of income. Through the Project Support Fund grant, these youth will be trained to collect the plastic bags and recycle them into bangles, baskets, wallets, arm bags and other items, which will be sold to site visitors at Fort Bullen, where there is a newly constructed souvenir shop.

How will this project contribute to greater dialogue and civic engagement around migration?

Not only will this project impart livelihood skills in 50 youths living in the Niumi communities, but it will also improve the historic interpretation of the site by having well-trained guides attending to all visitors. The tour guide training actively works to counteract historical revisionism, myths and misrepresentation of the Island’s history as well.

Finally, the Island will also be used to hold dialogues between at-risk youth and others in the local communities for the first time. In this way, the project will make this local history more relevant to the needs of its host communities and create an opportunity to address what is a very polarizing topic. The history of the site lends itself to making connections between modern forms of slavery like trafficking in persons and human rights violations that occur with illegal migration. While the job-training program has economic benefits for these youth, it also creates an opportunity to include youth in civic engagement programs that make and share these contemporary connections.

The project will be conducted by the National Centre for Arts and Culture and the Juffureh-Albreda Youth Society, an organization based in the village on the Island, so the Project Support Fund grant is strengthening community relations in multiple ways.

The National Centre for Arts and Culture in the Gambia will publish updates for this job-training youth engagement program on their website: www.ncac.gm.