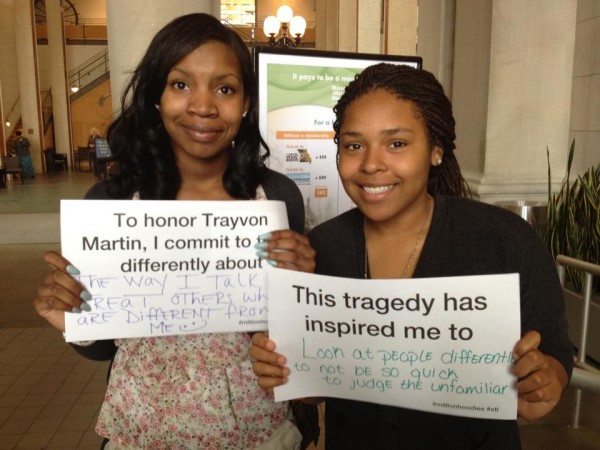 Museums Engage Youth on Race, Education and Incarceration in the United States

The International Coalition of Sites of Conscience announces From Brown v. Board to Ferguson, a national initiative to foster dialogue on race, education equity, and incarceration. The project will be launched in St Louis, Missouri on May 1-3, 2016.

In July 2014, on the 50th anniversary of the passage of the Civil Rights Act, U.S. Secretary of Education Arne Duncan declared education “the civil rights issue of our time.” Sixty years after Brown v. Board of Education, which ended legal segregation in public schools, education equity remains elusive, with minority students facing striking disadvantages such as disproportionate rates of suspension and expulsion. So many students of color are arrested on school grounds, referred to the juvenile justice system and sent to correctional institutions that this trend is known as the “school to prison pipeline.”

Last fall, inspired partly by the broader issue of police violence against minorities, in particular young Black men, the International Coalition of Sites of Conscience (the Coalition) – a global network dedicated to using the past to address contemporary human rights issues – partnered with eleven museums and civil rights institutes across the nation to address this inequity directly. The result is a three-year initiative entitled From Brown v. Board to Ferguson: Fostering Dialogue on Education, Incarceration and Civil Rights that will foster essential programs geared toward youth that encourage community dialogue on race, education and incarceration. The participating sites will also collaborate with local community partners to train and empower young people, ages 15-25, to establish their own civic engagement programs at museums in their communities.

From May 1-3, 2016, the Coalition will host the initiative’s first meeting at the Missouri History Museum in St. Louis, Missouri. The gathering will bring together the participating museums and their community partners, who will attend dialogue training sessions and workshops on creating intergenerational programs to engage youth on these topics. Amy Hunter, Director of Racial Justice for the St. Louis YWCA, as well as other experts on policing, dialogue, and activism will be speaking at the conference. The participating members will attend similar events over the next three years, while implementing projects in their local communities. At the end of the program, the Coalition will produce a tool-kit based on the members’ activities that can be shared will all the Coalition’s members.

For more information, or to attend the meeting, contact Communications Manager Ashley Nelson at anelson@sitesofconscience.org

About The Institute of Museum and Library Services

The Institute of Museum and Library Services is the primary source of federal support for the nation’s 123,000 libraries and 35,000 museums. Our mission is to inspire libraries and museums to advance innovation, lifelong learning, and cultural and civic engagement. Our grant making, policy development, and research help libraries and museums deliver valuable services that make it possible for communities and individuals to thrive. To learn more, visit www.imls.gov and follow IMLS on Facebook and Twitter.