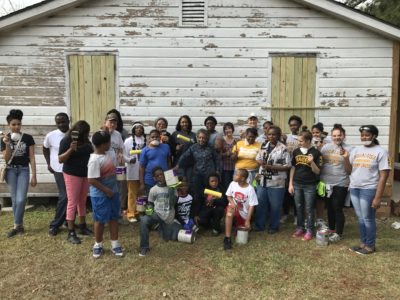 The Robert “Bob” Hicks Foundation is a 501(c)(3) nonprofit whose mission is to restore the Robert Hicks House and 1906 Mill House in Bogalusa, Louisiana and open them to the public as civil rights museums. The houses entered national history in 1965 through a dramatic turn of events when the local sheriff told Robert Hicks that if he did not put out two civil rights workers he was sheltering, a white mob would murder his entire family.

Instead of complying, Hicks phoned black men from all over Bogalusa, asking them to come to the house as soon as possible with loaded guns. This successful act of resistance led to a remarkable chapter in American history when these houses became “Zone Zero” of the Bogalusa civil rights movement and headquarters for the Bogalusa Deacons of Defense. Our mission is to educate the public about this little-known history, leveraging the past to empower the present.