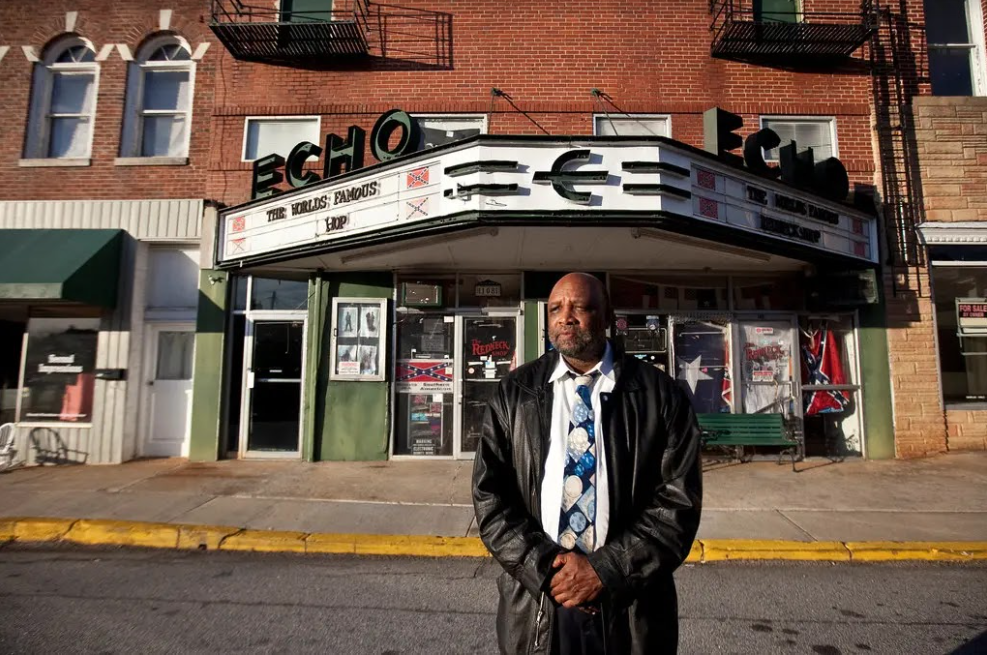 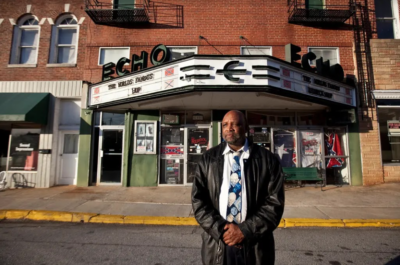 The Echo Theater is a formerly segregated movie theater located off the courthouse square in the historic district of downtown Laurens, South Carolina. It is most well known for its association with the KKK, the American Nazi Party, and the 25th Aryan Nations World Congress. Between 1996 and 2012, the Echo Theater was the site of the “World Famous Redneck Shop”, a white supremacist storefront, and the KKK Museum. It sold racist material and was a headquarters for white supremacists from across the nation and even Europe. It was a place where true believers of an all-white America “prepared for war” and the KKK terrorized and humiliated citizens of South Carolina and beyond.

Now, after decades of diligent community activism, the building is now owned by the New Beginning Missionary Baptist Church and their Pastor, local Civil Rights leader Reverend David Kennedy — the very people who led protests against “The Redneck Shop” from the first day it opened. The Echo Theater is now being transformed into a diversity center and museum. The new Echo Theater is a project of The Echo Project (TEP) — a nonprofit created by Reverend Kennedy, members of his congregation, and local citizens — dedicated to standing against
hatred, addressing racial inequality and healing racial division.

The Echo Project is creating an educational, cultural, and economic hub for a rural Southern downtown that will serve as a beacon of hope for the world.