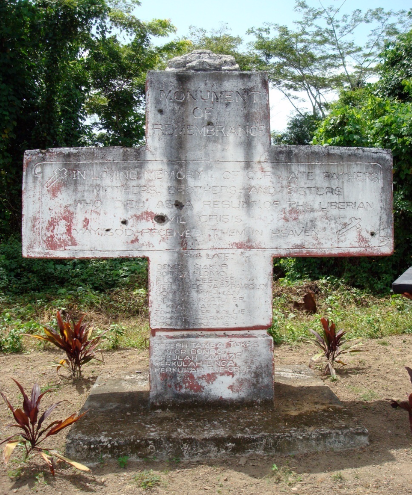 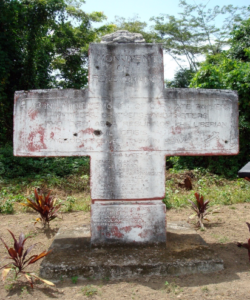 The SAMAY Memorial is a 10’ x 10’ x 3’ cement cross with the names of the 37 lost community members inscribed on the front of it. In the middle of the cross text reads: “In loving memory of our late fathers, mothers, brothers, and sisters who died as a result of the Liberian civil crisis.” The memorial is used as a tool to teach children in primary and secondary schools about the war with the view of passing on non adversarial approaches to resolving conflict. The memorial, built without any outside prompting, was erected in 2001 by members of the community. Without the luxury of a community treasury, a farm rice initiative was launched and the proceeds from the harvest were used to support the project.