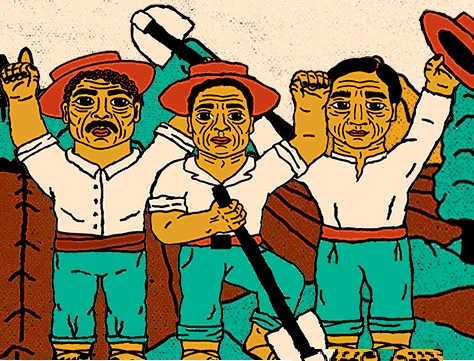 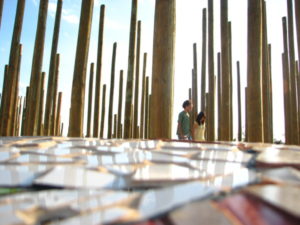 Paine is a rural county located to the south of Santiago in Chile. In 1973, during the Pinochet dictatorship, 70 members of the local community disappeared or were executed. According to Chile’s official truth commission report, the 1991 “Rettig Report,” Paine has the tragic distinction of having suffered the highest per capita rate of disappearance of any Chilean settlement during the dictatorship.

Memorial Paine’s memorial to the disappeared consists of a timber “forest,” composed of one thousand individual logs, minus 70. The missing 70 represent Paine’s disappeared or executed, while the remaining logs each stand for a surviving family member.

Three generations of Paine citizens actively participated not only in the design but also in the physical creation of the memorial: replacing each missing pine is a family mosaic, made by the relatives themselves. The memorial deliberately emphasizes life, “una memoria viva,” living memory, with the layout incorporating space for contemplation, events, and regular meetings.