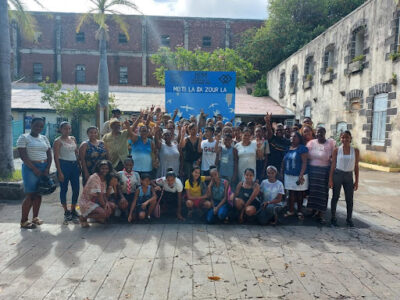 ISM Mauritius Ltd is in the oldest building of the island, a former Military Hospital built by French Governor Labourdonnais in 1740. The building and the surroundings bear many associations with the history of slavery. The name ‘Intercontinental Slavery Museum’ stems from a Cabinet decision following a recommendation of the Mauritius Truth and Justice Commission in 2011. Mauritius was the only country in the world to have received and exported slaves of so many different nationalities during the colonial period and was moreover the center of a colonial slave-trading network that spanned several continents.

The Museum aims to fill an immense gap in the memorialization of the history of slavery as there is currently no space where Mauritians of Afro-Malagasy descent can learn about their history. It also hopes to be a place of memory to honor Mauritian ‘inter-culturalism’ and promote remembrance and reconciliation.