Camila Yanzaguano Bravo, a Communications Associate at the Coalition, recently spoke with Gustavo Meoño Brenner, the Coordinator of Memory and Human Rights at Museo Internacional para la Democracia, a Site of Conscience in Rosario, Argentina, to discuss how the Museum’s work to protect the right to sexual diversity reflects its mission to promote human rights for all. To read this interview in Spanish, click here.

For over a decade, Museo Internacional para la Democracia (International Museum for Democracy) has

been working to promote the values ​​of freedom, justice, democracy and respect for the human rights of all Argentinians, becoming an exceptional Site of Conscience in the region and the world. For those unfamiliar with the museum, could you begin by sharing a bit about the work and history of the site? 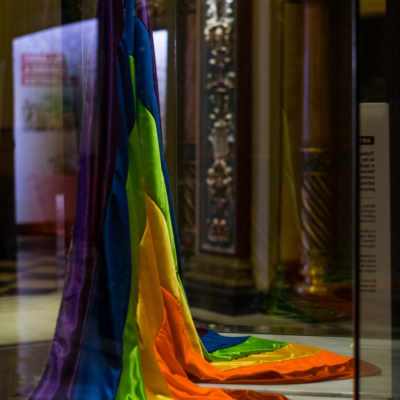 several particularities that are worth highlighting. It is a private museum that does not have any type of state support, and it is entirely dedicated to the defense and promotion of human rights. The Museum was installed in an emblematic and historical building in the city of Rosario called the Fuentes Palace – a space that for decades was exclusive and excluding, but today is open and available to the public without exception. To illustrate the values contained in the Universal Declaration of Human Rights, the Museum highlights the actions and commitment of ordinary citizens, people who defend fundamental rights on a day-to-day basis.

The activity of the Museum is not limited to its permanent and temporary exhibitions; instead, it is constantly working directly with the community, establishing partnerships with social initiatives, including recent collaborations with the African and Haitian collectives in Rosario and the Archivo de la Memoria Travesti Trans (Archive of the Transvestite Trans Memory) of the Province of Santa Fe.

Museo Internacional para la Democracia is well-known for its work with women and LGBTQI+ communities in Rosario. To support this work, the museum was the recipient of one of the Coalition’s Community Engagement Grants connected to its 2021 workshop on “Virtual Advocacy in Support of Women, Girls and the LGBTQI+ Community.” For this, the museum produced three videos about the experiences of transgender women during the Argentinian dictatorship. Can you explain why the museum finds it important to create these new spaces and incorporate narratives of people who were previously ignored or silenced?

Every human should have a recognized and respected right to diversity – in general and sexual diversity, in particular. This belief is a fundamental part of the permanent contents of the Museo Internacional para la Democracia. In the central room of the Museum, this right is illustrated with the figure of the trans architect Canela Grandi and the multicolored pride flag. This allows us to explain to visitors, particularly young students, the importance of knowing, respecting, and promoting this right at all times and in all contexts.

With our grant, the Museum strengthened its work with the Archivo de la Memoria Travesti Trans of the Province of Santa Fe through the production of these videos. We wanted to highlight the exemplary work of trans women who suffered so much stigmatization, persecution, criminalization, imprisonment and torture during state terrorism. Today, these women have become an example of resistance and a source of inspiration for those still fighting to claim their full rights to identity, access to health, education, decent work, and a social life free from prejudice and discrimination. 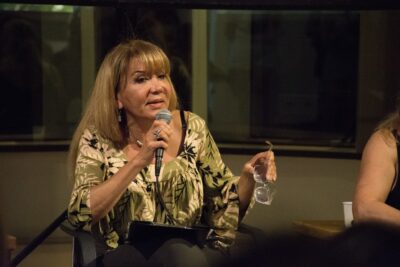 Can you explain a little bit more about the museum’s involvement with women and the LGBTQI+ community? Will there be any new projects by the museum in collaboration with the Archivo de la Memoria Travesti Trans?

Given past successes with such partnerships, the Museum is committed to deepening its collaborations with others who fight for the recognition and respect for the rights of sexual diversity. This is materializing in the establishment of exchanges and collaborative relationships with many different organizations connected to LGBTQI+ communities that work in Rosario, including alliances with universities, archives, and museums that share the same objectives.

Specifically, the Museum has agreed on a work plan that includes many activities with the Archivo de la Memoria Travesti Trans of the Province of Santa Fe that supports efforts to amplify the voices of LGBTQI+ communities through in person and virtual events that disseminate the Archive’s work. In addition, as part of plans to update the Museum’s permanent exhibition, we intend to include images and oral testimonies of two of the founders of the Archivo de la Memoria Travesti Trans, so they can in a sense interact virtually with visitors and other prominent human rights defenders in Argentina.

What would you recommend to other 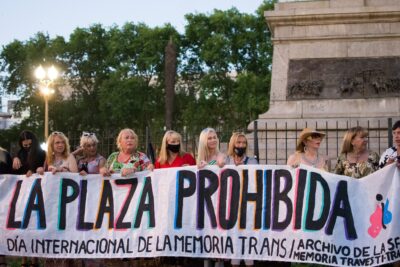 organizations that are trying to create new platforms to document and share the experiences of women and the LGBTQI+ communities?

Opening our spaces and sharing our experiences and resources with initiatives and groups that fight for the recognition and respect of LGBTQI+ rights and values means expanding and enriching our commitment to human rights in general. The denial of these fundamental rights, the institutionalization of hate speech, and the persistence of discrimination are not just in the past. These are violations that, with greater or lesser intensity, continue to occur every day around the world. Therefore, the involvement and commitment of our sites can be very valuable.

It is very important to approach these community-driven groups and initiatives with a lot of respect. Know how to listen, know how to learn from their experiences. We really try to put our capacities and resources, even if they are limited, into the function of supporting these groups, without imposing anything. This approach alone is an important expression of solidarity and a concrete and tangible demonstration of our commitment to the right to respect diversity.