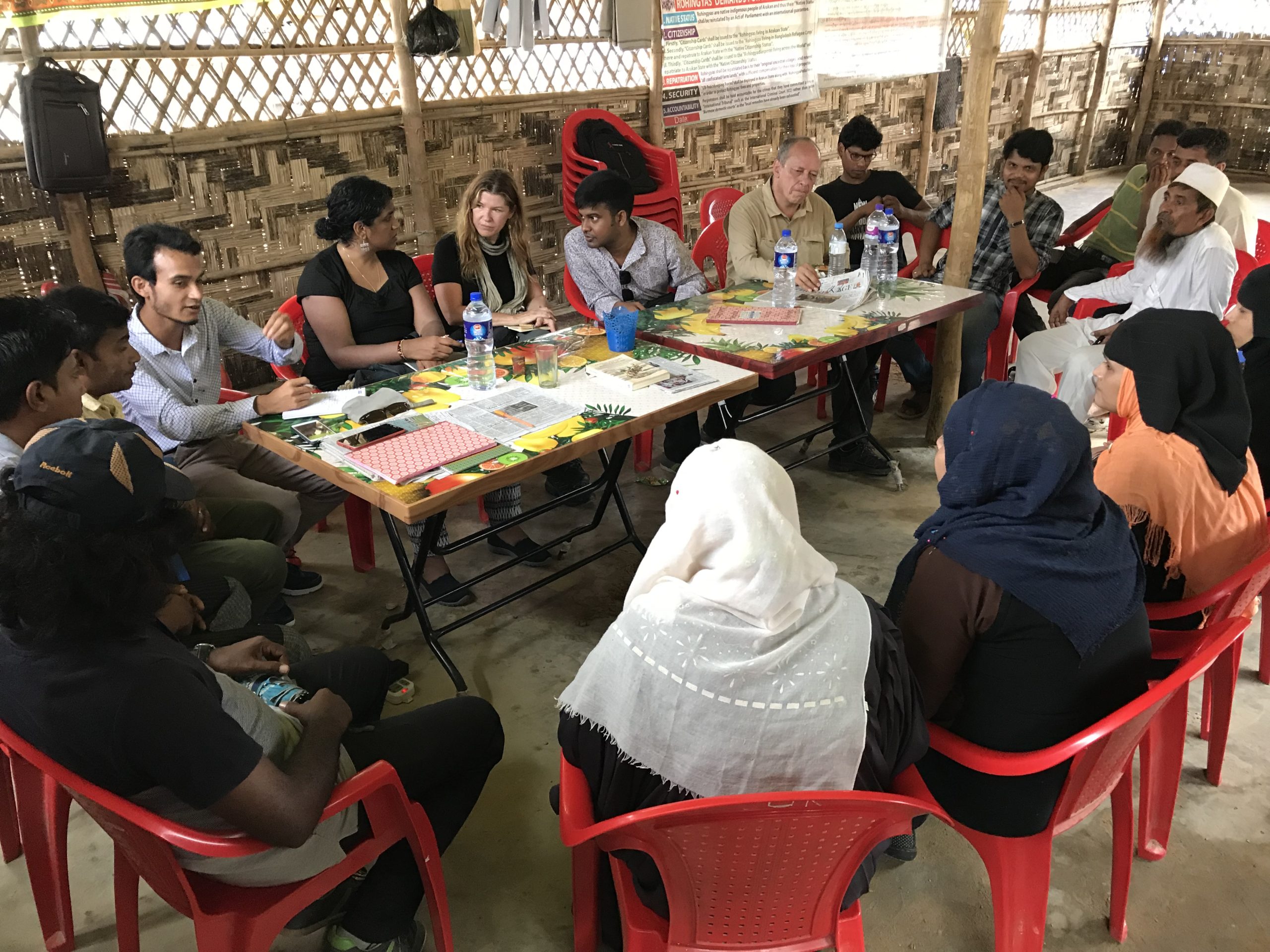 “We are hungry for justice and human rights” explained a Rohingya community leader to Ereshnee Naidu-Silverman, Senior Director of the Coalition’s Global Transitional Justice Initiative (GIJTR), who led a needs assessment this past August in Cox’s Bazar, Bangladesh to better understand the documentation needs of the Rohingya community there. Since the launch of this project in January 2019, the Coalition is the only international organization working in the camps to equip the Rohingya community with the skills they need to document and share the human rights violations they have endured.

These violations occurred in the Rakhine state of Myanmar, where the Rohingya, a Muslim ethnic minority with their own language and culture, were systematically isolated by state forces. In 2017, after decades of escalating threats and abuse, persecution reached a climax, causing the largest forced human migration in recent history when hundreds of thousands of Rohingya community members fled from Myanmar into Bangladesh.

In post-conflict settings, documentation is essential for accountability and, in the case of the Rohingya, for their safe return to their homeland. Locally led and coordinated civil society documentation efforts are particularly effective because they can build trust among survivors and reach communities outside the scope of efforts led by external international organizations. To ensure this grassroots approach, GIJTR will be working with the Coalition’s founding member the Liberation War Museum in Bangladesh, on the project to best access local communities.

“When international actors lead or guide transitional justice processes, they will eventually depart, leaving local communities responsible for implementation of their recommendations,” says Elizabeth Silkes, the Executive Director of the Coalition. “If broad swaths of community members, including victims and survivors, women, elders, youth and other marginalized groups, are not part of developing those recommendations, they are neither well-positioned to nor deeply invested in moving them forward. And yet their ownership is essential to successful processes.”

GIJTR trains documenters on best practices for securing testimonies from survivors and recording human rights violations for peace-building and community healing as well as for possible use in accountability proceedings. In this context, documentation is necessary in order to counter Myanmar’s many disinformation campaigns against the Rohingya community, campaigns that were a root cause of the minority group’s mass fleeing.

This project is a continuation of the Coalition’s many documentation initiatives in post-conflict contexts. In 2018, the Coalition published the Human Rights Documentation Toolkit with the Public International Law & Policy Group (PILPG), one of the GIJTR partners, and other organizations. The toolkit, available here, is a multidisciplinary, interactive online portal providing human rights documenters with resources and tools, broadly accepted practices and access to documentation experts.