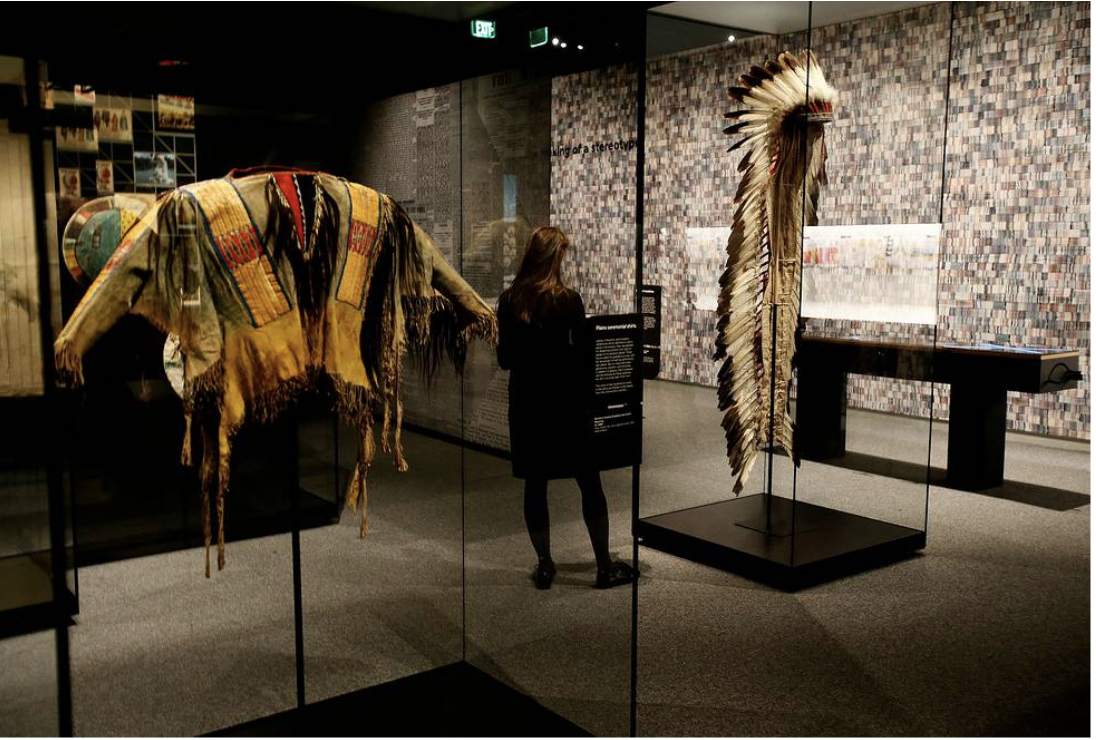 The International Coalition of Sites of Conscience will soon launch a 12-month initiative entitled The Art of Inclusion with support from the New York State Council of the Arts (NYSCA). The project will bridge divisive issues on the memorialization of Native American heritage and aims to address the historical exclusion inherent in many current existing representations of Native Americans.

“The project provides an opportunity for communities in New York State to reconsider a part of history that is routinely ignored or mis-represented. By re-visioning memorials and artworks related to indigenous people, the project will broaden both public understanding and the capacities of museums and history organizations,” says Linda Norris, the Coalition’s Global Networks Program Director, who will be overseeing the project.

During the first phase, three experts – a public historian, a Native American artist, and a landscape specialist – will each reimagine a particular Native American monument in upstate New York chosen from crowdsourced nominees and develop a plan for its revamped interpretation.

Then, International Coalition of Sites of Conscience will host a public event in partnership with the Geneva Historical Society. Featuring these reimagined monuments, community members and museum professionals will come together to discuss what reinterpretation means and collectively brainstorm ways to move inclusive Native American memorialization forward.

Finally, Coalition staff will host a workshop for 75 museum professionals at the Geneva Historical Society, as well as a workshop for 50 museum professionals at the National Museum of the American Indian in New York City. Through facilitated dialogue, these decolonization workshops will use the reimagined monuments to develop new tools and approaches for contextualizing Native American monuments and content in their own respective communities. Through these workshops, the Coalition aims to catalyze inclusive cultural institutions that result in an equitable society with more Native voices represented in our collective memory.

The project builds on recent programs the Coalition has led focusing on decolonizing historic and cultural sites. In 2018, the Coalition trained staff and guided programming at the National Museum of the American Indian for their exhibit, Americans, which presents the explicit and implicit racism inherent in depictions of Native Americans in US culture. Further, we are currently working with key stakeholders at the Niagara Falls Underground Railroad Heritage Area, a member site in New York, in the public presentation of Seneca, Tuscarora and other indigenous history and culture in the Niagara Falls area, to steward the development of a collaborative plan for the decolonization, both internal and external, of the four historic sites comprising the area.

We thank the New York Council of the Arts for embracing the diverse cultural heritage of the state and their commitment to combating harmful legacies of historical oppression. Only through first addressing legacies of colonialism can New York communities imagine and implement an equitable future.