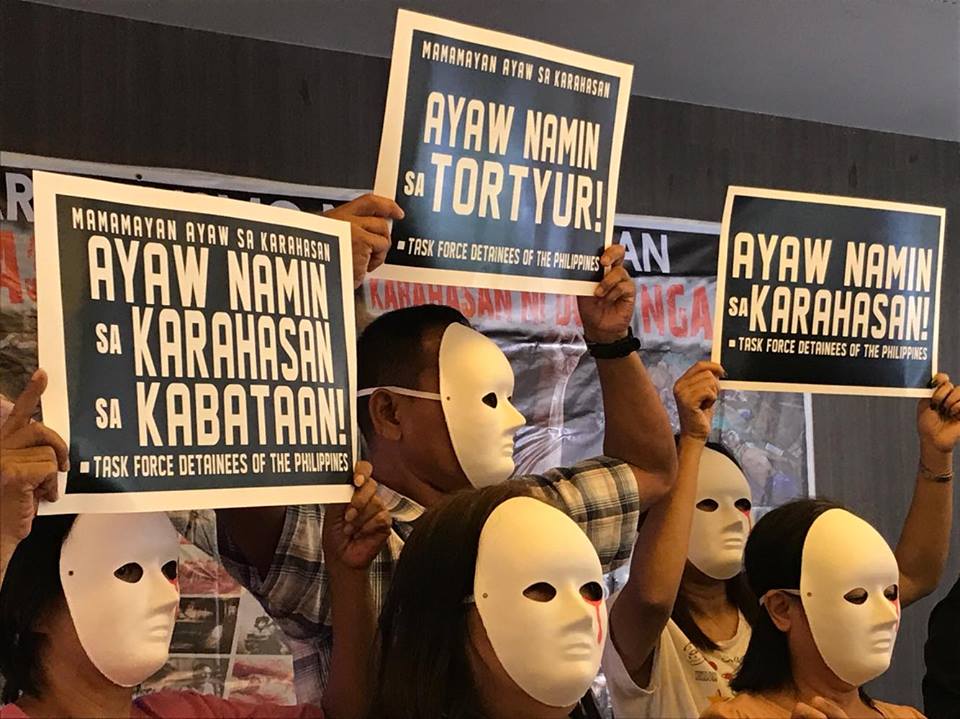 We Need to Go to the Communities: Human Rights in the Philippines

September 21, 2017 marked the 45th anniversary of the beginning of the Martial Law era under Ferdinand Marcos in the Philippines. During the decade-long period, human rights activists and other critics of the Marcos government were brutally silenced, with an estimated 70,000 imprisoned, 34,000 tortured and 3,240 killed.

With their 2017 Project Support Fund grant (PSF), Coalition member Task Force Detainees of the Philippines (TFDP) is aiming to ensure these victims are never lost to history. Formed in 1974, the organization documents human rights violations, provides legal and other support for victims and their families, and advocates for social structures that promote human rights nationally and worldwide.

Their PSF-funded project will bring the history of the Martial Law period to five communities and universities throughout the country. Through exhibitions of artifacts related to the era and a full-length play that incorporates the voices of its victims, TFDP hopes not only to remind people of the past, but to draw connections to the disturbing similarities between Marcos and the current President, Rodrigo Duterte, whose infamous war on drugs has claimed over 7000 lives and who recently had Marcos, who died in 1989, reinterred in the Heroes Cemetery, despite protests from victims.

“Last year, the Philippines human rights community had a wake-up call with the election of President Duterte,” TFDP stated. The Duterte government “is trying to create an alternative version of history – how Marcos was said to be a good president, how martial law was better for the Filipino people, how democracy had done nothing but enslave us in poverty.”

TFDP is aware of the challenges they face. Despite his ruthless tactics, President Duterte has an 80% approval rating in the country. To counter this, the organization will focus on connecting with average citizens.

“We need to go to the communities,” TFDP explains. “Remind them of their struggles. Our target communities are sites of struggles back during the days of Martial Law. They were victims back then and they are victims now.”

TFDP will also target universities. “These schools produced the finest of activists during the Martial Law era…They have our future in their hands. We have to help them find their direction towards the cause of human rights and democracy.”

Along with exhibitions and the full-length play that will be presented to each of the five communities, the Project Support Fund grant will enable TFDP to host facilitated dialogue sessions between survivors of the Marcos regime and local community members. Because experiences under the Marcos regime are being quickly forgotten and only included in school curricula in a way that whitewashes human rights abuses, the project will fulfill an urgent need – to combat a pervasive belief in the country that democracy has failed people and that the struggle for human rights is somehow to blame for the country’s lack of economic growth.

No one tells the “stories of the students, workers, farmers and women who stood up against the authoritarian ruler and … gave their freedom, lives and dreams to free our country,” explains TFDP. Their goal, with this project, is to ensure that this changes.