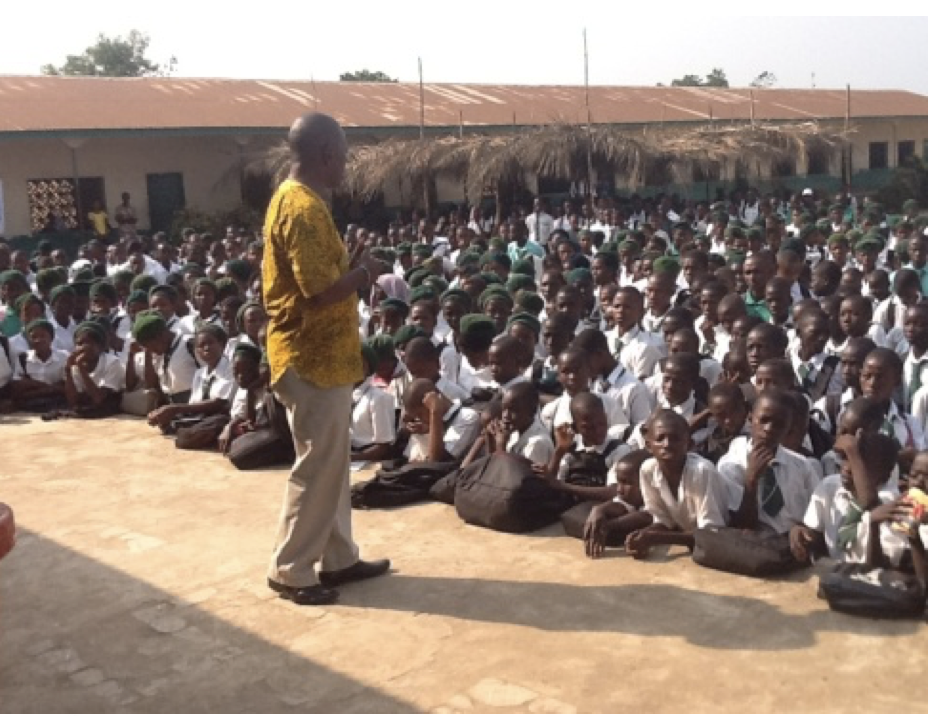 “Did the fighters kill civilians?”

“What will happen in the event of another war?”

“Can we establish clubs to talk about the war since we are not taught it in school?” 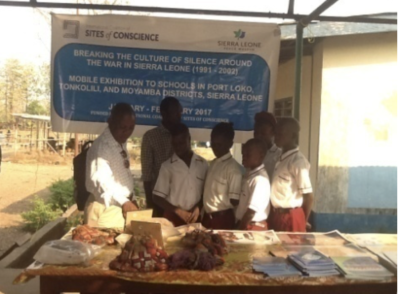 by student visitors to their mobile exhibit on the country’s civil war, a project supported by a Project Support Fund grant. Based in Freetown and dedicated to preserving the history of the country’s decade-long conflict (1991-2002), the Museum educates communities about this part of Sierra Leone’s history. Seventy-thousand people were killed in the civil war, but many children today know nothing about the brutal period.

“Parents do not want to discuss the war with their children. Remembering it can be quite traumatic and there is also a cultural belief that in order to move on, to forgive, we must also forget,” explains Patrick Fatoma, Director of the Museum. “The culture of silence surrounding the war is a serious problem.”

Since launching in October 2016, the mobile exhibit, which includes photos, text, video footage and artifacts related to the war and the peace process, has toured a total of 38 schools in three districts across Sierra Leone, reaching 9,500 students between the ages of seven and eighteen. In addition, the exhibit reached about 50 teachers and community leaders in each district. 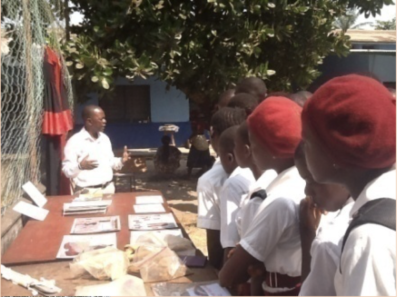 The exhibit is a valuable resource in Sierra Leone, where learning about the war is not part of the school curriculum and the education system itself is still reeling from the conflict. Sixty-seven percent of children were forced out of the school system in 2001 and, 16 years later, more than 40 percent of primary school teachers are untrained. The literacy rate among 15 to 24-year-olds is below 60 percent.

“The children are very curious to know and learn about the war,” explains Fatoma, who introduces the exhibit by asking students what they understand of the war, if anything, and whether there are physical reminders of the conflict in their communities, be they mass graves, burnt buildings or war amputees. The subject often hits home in extremely personal ways. “One boy was so touched by the exhibition that he burst into tears upon seeing the mutilated body of his aunt among [photos of the] victims of the rebel carnage.” To address these cases, the Museum works with psycho-social experts at the schools when they are available to help teachers prepare the children for the difficult subject matter.

The exhibit also focuses on the peace process that followed the war as a way to instill a culture of non-violence in the children. “The exhibition is profoundly important,” said Rev. Fr. Paschal 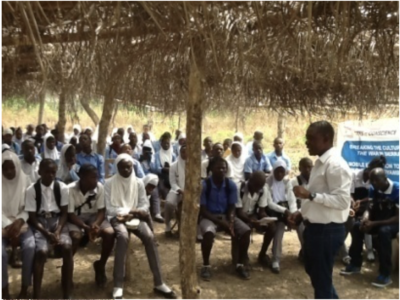 John Kamara, a principal in the Tonkolili District, “because it teaches students that they must resist violence and help sustain the peace process.”

The children also learn to value museums as – in the words of Mrs. Isatu Peacock, a principal in the Moyamba District – “integral parts of preservation of the nation’s history and culture for the education of future generations.”

As a result, the children leave the experience equipped with the knowledge and incentive to think critically about violence and proactively about peace. “If people break the law they should be punished and not set free, irrespective of the money or position they hold,” wrote one secondary student to the Museum after seeing the exhibit. “Justice [must] come before forgiveness.” 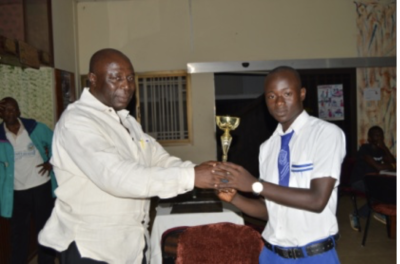 In June 2017, the Museum held a competition at the Sierra Leone Peace Museum for selected students who had viewed the exhibition. Covered by media live across the country, the competition quizzed students about the war and the peace process. The winner, from Schlenker Secondary School in Port Loko, was presented with prize money, a gold plated trophy, and a new sense that no longer was he simply asking questions – now that he had the answers.