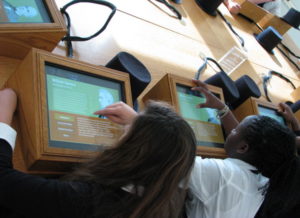 In 1862, Abraham Lincoln and his family were invited to stay in a Gothic-Revival “cottage” on the grounds of the Soldier’s Home in Washington, D.C. The Cottage served as Lincoln’s family residence for a quarter of his presidency during the summers of 1862, 1863 and 1864, and it is where he was living when he developed his Emancipation Proclamation.