Angel Island Immigration Station Foundation (AIISF), a Coalition member in San Francisco, California, is no stranger to the subjects of isolation and resilience. The “Ellis Island of the West” processed over a million immigrants to the United States between 1910-1940, most of them from Asia. In this interview, AIISF’s new Executive Director Edward Tepporn, who was previously the Executive Vice President of the Asian & Pacific Islander American Health Forum, talks with the Coalition about the relationship between public health and xenophobia, the strength we can find in former detainees, and the role history can play during the COVID-19 pandemic. 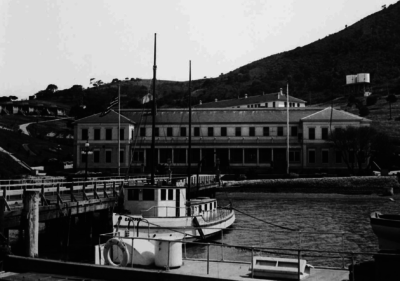 Angel Island is often referred to as the “Ellis Island of the West,” but unlike Ellis Island, which is known for welcoming immigrants, Angel Island was often more concerned with excluding them. Can you tell us about the site’s history?

The Angel Island Immigration Station (AIIS) sits on the ancestral lands of the Coast Miwok people. The U.S. Army took control of the island during the Civil War. In the early 1900s, seeking to replicate the success of Ellis Island, Congress appropriated resources to build a similar immigration facility on an isolated island on the West Coast to enforce the U.S.’s exclusionary policies that began with the Chinese Exclusion Act of 1882. Subsequent policies such as the Gentlemen’s Agreement of 1908, the Immigration Act of 1917, the Immigration Act of 1924 and other laws and policies were passed to restrict immigration from all Asian and most Pacific Island countries.

Over a million persons from 80 different countries and territories – including China, Hawaii, Japan, Russia,

Germany, India, Korea, and Mexico – passed through AIIS during the period it was open from 1910 to 1940, when a fire ended the site’s role as an Immigration Station. The vast majority of immigrants who endured lengthier interrogations, more intensive medical screenings, and months-long detentions came from Asia. In 1942, with the passage of Executive Order 9066, AIIS was used as a temporary processing and detention center for Japanese Americans before they were sent to other internment sites.

After the war, the site was abandoned and began to deteriorate. In 1963, Angel Island was established as a state park and the California Department of Parks and Recreation assumed stewardship of the site. The Angel Island Immigration Station Foundation (www.aiisf.org) is proud to have played a key role in preserving the Immigration Station and transforming the site from its designation in 1999 by the National Trust for Historic Preservation as one of America’s 11 Most Endangered Historic Places to one of the Trust’s “Success Stories” in 2017.

With the COVID-19 pandemic well underway, the relationship between public health and civil liberties is increasingly relevant. How we can best balance public health concerns in a way that respects the rights of all, and does not lend itself to xenophobia and other biases? What can Angel Island teach us about this dynamic?

There is a complex connection between public health and civil liberties. As someone who worked in the public health sector for 25 years, I definitely understand the importance of screening, treatment, physical distancing, and quarantine to help slow the spread of infectious diseases. At the same time, I think that we must all be careful that our messages, policies, and practices don’t unintentionally (or intentionally) contribute to racism and anti-immigrant sentiments. 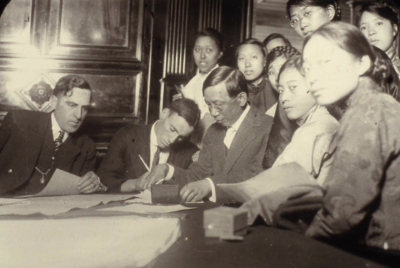 Unfortunately, Angel Island’s history teaches us what not to repeat. For example, Dr. M.W. Glover, the former Officer in Charge for the Public Health Service on Angel Island noted in 1911 that “We have always on hand a large number of Orientals whose filthy habits render it difficult enough to preserve sanitary cleanliness among them, and who are the subject to many diseases spread by rats (fleas) and flies. No amount of care or cleanliness on the station will remove these dangers to health while flies and rats are bred in large numbers immediately beyond our borders.” When leaders believe and actively share these racist attitudes, then inequitable policies and practices are likely to follow.

Over the past weeks and months, we’ve seen significant increases in anti-Chinese and anti-Asian sentiments, attacks, and hate crimes related to COVID-19. One website set up as a resource for people to report these types of experiences received 500 submissions within the first week it went live. What has been heartening for me to witness is how non-Asian leaders and celebrities have spoken out against this increased racism and xenophobia. It will also be important for us to remember this allyship and speak out when we see racism or xenophobia directed at other communities.

Many people right now are, in a sense, stranded from the ones they love as COVID-19 has largely restricted movement throughout the world, much like those at Angel Island had been. How did the detainees cope with the isolation and anxiety?

More and more people across the US and around the world are taking important steps to help reduce the spread of COVID-19, such as working from home or only leaving their homes to get groceries or for emergencies. While many immigrants like myself are already familiar with only getting to see our extended family and friends in our home countries once every few months or even every few years, I don’t think it’s surprising to see how people are feeling increasingly isolated and anxious. As social beings, we often turn to our family and friends for support and for that reassuring hug, handshake, or double-kiss on the cheek. 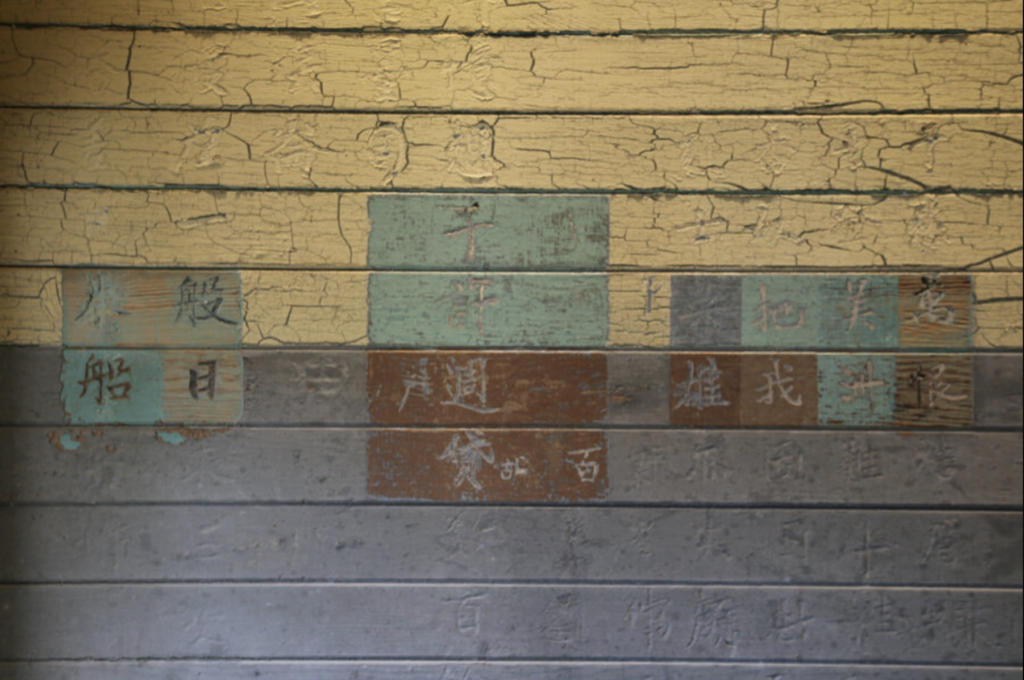 While interviews for European immigrants at Ellis Island might have lasted for a few hours, similar interrogations for Asian immigrants at Angel Island could last for weeks or months. Detainees experienced limited time outdoors, hazardous living conditions, and barely edible meals. The walls of the Detention Barracks are filled with over 200 Chinese poems written or carved into the wood as an ongoing testament to the injustices and emotions experienced by the detainees. When they were rediscovered in 1970, these poems helped to save the site from being demolished and eventually led to the site’s designation as a U.S. Historic Landmark in 1997.

While I am not a mental health expert, I do wonder how we all can express our emotions, frustrations, and hopes in these current times. Whether it’s through poems, art, photography, or video, how might we all find a helpful outlet for expressing ourselves while also leaving important lessons for future generations – just as the detainees at Angel Island left for us.

As you see it, what is the role of Sites of Conscience at this time? How are you best able to help your community at this time?

At the Angel Island Immigration Station Foundation, we see our role as helping our country to remember its complicated past in order to help ensure that our nation keeps its promise of liberty and freedom. This is likely very similar to how the Sites of Conscience and each of its member organizations sees their respective roles. 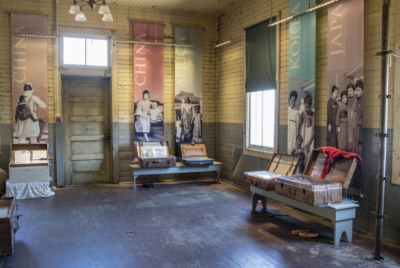 The coronavirus pandemic is highlighting how much the health, economies, civil liberties, and futures of our neighborhoods, cities, countries, and continents are all interconnected. We all must adjust to volatile and rapidly changing new realities that will impact how we socialize, work, pray, and love. Historical and cultural preservation-focused organizations like AIISF must perhaps lean into areas that we might not be accustomed to, for example:

Finally, I truly believe that our collective innovation and resiliency will shine through when we each shift from thinking just about” how I can help my community” to instead embrace “how will I help our communities.”