Memoria Abierta, a collective of human rights organizations based in Buenos Aires, Argentina, works to raise awareness and knowledge about state terrorism in order to enrich democratic culture. Here they discuss their exhibition, “Ciudadanía Suramericana,” funded in part by a Project Support Fund grant to celebrate the 25th anniversary of the treaty that established Mercosur, the Latin American trading bloc that currently includes Argentina, Brazil, Paraguay and Uruguay.

The human rights movement has always sought to establish deep and lasting alliances with a variety of political and social actors that take as their own the flags of memory, truth and justice, “never again” and advancing rights.

As part of this goal, Memoria Abierta has been working with different actors who are taking the struggle for human rights to a regional and international level. Months ago, our NGO – made up of nine different human rights organizations – inaugurated, as part of these efforts, an exhibition about Mercosur entitled “Ciudadanía Suramericana” (South American Citizenship), with the Instituto de Políticas Públicas en Derechos Humanos (Institute of Public Policies in Human Rights, IPPDH). The exhibition can be visited in the Memory and Human Rights Space, where the Navy Mechanics School (ESMA) clandestine detention centre operated during the last Argentinean dictatorship (1976-1983), and where both Memoria Abierta and the IPPDH have their headquarters. The exhibition was part of a project sponsored in 2016 by the International Coalition of Sites of Conscience. 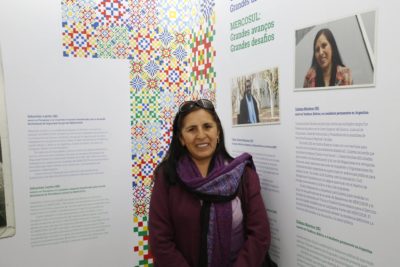 The Mercosur bloc, created in the early 1990s by the Southern Cone states with a commercial perspective, has given rise to institutions that now deal with the promotion and dissemination of human rights. As members of the bloc, individual countries serve to reassure their populations that their human rights are being actively monitored. Regional citizenship or membership in the bloc has among its fundamental pillars the implementation of a policy of free movement of people in the region; equal civil, social, cultural and economic rights and freedoms for the states that are part of the bloc, as well as equal access to work, health and education. No regional citizenship can be sustained without the guarantee of all these rights. The exhibition gives an overview of the progress made in each of these spheres and the issues that are at stake.

The exhibition also speaks of Mercosur’s background: incorporating struggles within a historical context – including the dark years of Operation Condor, during which leftwing activists who spoke out against the military dictators of the 1970s and 1980s were kidnapped, tortured and killed – as well as the achievements and progress made by our countries that have been working together with the goal of promoting rights at a regional level. 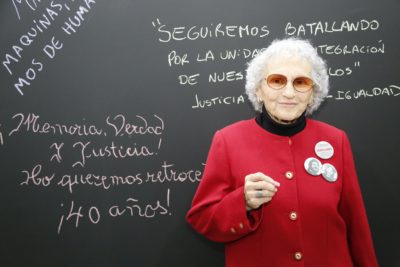 Memoria Abierta and the IPPDH have also ensured that the project addresses the importance of memory, truth and justice. In August 2017, both institutions organized a Wikipedia Edition Day in which we worked on the incorporation of articles on, for instance, Operation Condor and the 2016 Argentine court case that finally saw its perpetrators brought to justice. In November, we will once again organize a similar campaign to add Wikipedia entries to mark the 42nd anniversary of the Chilean meeting that served as a kick-off for Operation Condor. Memoria Abierta believes these entries will aid in the construction of a collective memory, which is nourished by the search for justice and its dissemination, for which new technologies play a fundamental role. 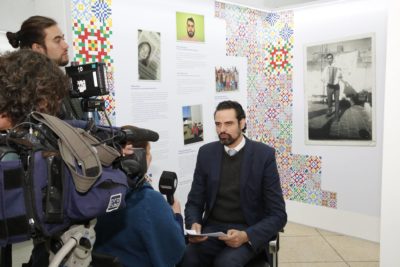 works to preserve the history of the Coordinadora de Centrales Sindicales del Cono Sur (Coordinator of Trade Unions in the Southern Cone, CCSCS), which was formed as the countries in the Southern Cone were transitioning to democracy. Along with the Coordinadora, Memoria Abierta recovers the voices of those who fought for social rights against dictatorships and worked to incorporate the demands of the human rights movement into the workers’ movement.

These activities allow Memoria Abierta to protect the memory of human rights violations and those who resisted them in order to reflect on the present and strengthen democracy.