Getting a new public program off the ground requires funds, technical know-how, and promotional marketing. The Coalition’s Project Support Fund gives members all three of these key benefits in one comprehensive grant package. Each year, we provide at least eight member organizations with a capacity-building grant of up to $10,000 paired with one-on-one consultations with the Coalition’s Secretariat to support the design and implementation of new programs or initiatives.

In Northern Ireland, the past can feel like a tsunami. “It [comes] from below and [sweeps] all and sundry aside,” explained a recent article on the difficulty of coming to terms with the country’s violent history.

It is a history that stretches back over centuries. The recent violence started in 1968 and centered around diverse issues, the primary being whether Northern Ireland 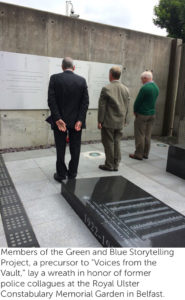 should remain part of the primarily Protestant United Kingdom or join the mostly Catholic Republic of Ireland. Commonly known as “The Troubles,” the thirty-year conflict has left over 3500 dead. While a peace accord was signed in 1998, Northern Ireland remains in many ways a divided society. There are more so-called “peace walls” – border barriers in Northern Ireland separating Catholic and Protestant communities – now than before the accord. In March, a prison officer was killed after a bomb exploded under his van. And there have been several related civilian deaths since the beginning of 2016.

Diversity Challenges, a Coalition member since 2008, directly confronts this persistent divide in and around Northern Ireland through storytelling and oral history projects. Their 2016 PSF grant will fund “Voices from the Vault,” a project that collects stories from former police officers in two police forces on either side of the conflict. The work is groundbreaking in the sense that it is uncommon for state agents in any dispute to talk about their experiences.

“Police officers often fear they will not be afforded a fair hearing and that their comments will be taken out of context,” explains Will Glendinning, Coordinator of Diversity Challenges. “There is also concern that to speak about intelligence-led policing risks compromising 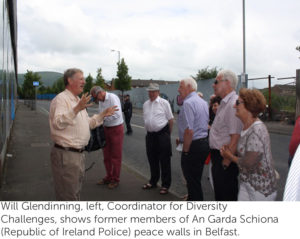 strategies, operational methodologies and sources. Taken together there is a crisis of confidence which has ‘silenced’ the voice of police officers.”

To assuage these worries, Diversity Challenges has assembled an advisory team of experts in history, activism and law, which will advise the organization in following an ethical methodology to conduct the interviews. “It is essential that we use researchers whom the officers know and trust, and that their accounts are located in the context of the conflict,” says Glendinning.

Diversity Challenges will collect an initial 10 oral histories and produce a toolkit that will be available on the Coalition’s Resource Center. 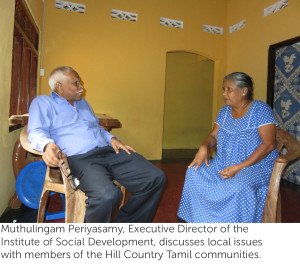 Social Development (ISD) in Sri Lanka in 1991, with the goal of raising awareness of critical histories to impact the present. Located in Kandy – a city in the center of the country known for its tea plantations – ISD reaches thousands of visitors annually, with a mission to strengthen the ability of plantation communities to act for social change based on equity, justice, freedom, peace and solidarity.

With its 2016 PSF grant, ISD will work with the Hill Country Tamils, a marginalized plantation community that, despite being central to the country’s economy, was deprived of citizenship after the country’s independence in 1948 and suffered greatly during the country’s Civil War (1983-2009). While the community regained their citizenship in 2003, the group remains 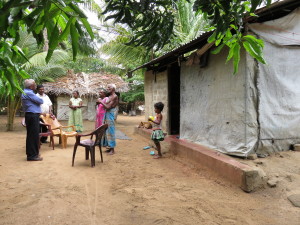 reticent about this history of isolation and discrimination, and continues to experience some of those effects today.

“The experience of war and conflict is a sensitive subject matter to bring into public discourse,” explains Muthulingam Periyasamy, Executive Director of ISD. “The victimized party especially fears opening their mouths to discuss what they experienced in the conflict. Similarly, the other party will not openly accept responsibility for the violations or crimes.”

In hopes of changing this reality, ISD will partner with victims in Hill Country Tamil communities to record their oral histories. The hope, Periyasam 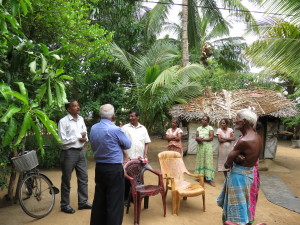 y explains, is to help victims better understand how remembering the past can lead to a more humane world for future generations so that “never again will such destruction and violence be repeated.”

Once completed, the oral and visual recordings and documents will be displayed in ISD’s Tea Plantation Worker’s Museum in Kandy, which seeks to preserve social and cultural artifacts from the country’s marginalized plantation communities.

Despite being written in small, tidy handwriting, the words seem to jump out of the page:

“Why do I have this sorrow that I do not know? This loss that feels so long ago. I don’t think I’ll ever be connected or understand fully what really happened. Perhaps it’s something in me that doesn’t want to know because it hurts so much.” 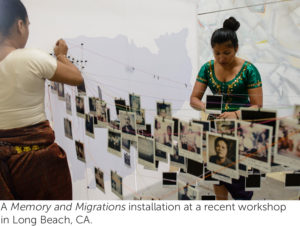 The words are the product of a project entitled Migrations of Memory, created and coordinated by Cambodian American photographer Pete Pin. The project aims to encourage open dialogue among Cambodian-Americans, who – despite leaving Cambodia and resettling elsewhere – often remain reticent about discussing the Cambodian Civil War (1970-1975) and the brutal Khmer Rouge regime (1975-1979) that followed. The regime is responsible for the killing of more than a million people who were then buried throughout the country at sites that have come to be known as “The Killing Fields.”

The National Cambodian Heritage Museum & Killing Fields Memorial (NCHM) is based in Chicago and works with refugee communities to create opportunities in which they can constructively address this history. 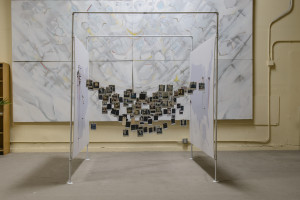 In 2015, the organization partnered with Pin to host a series of intergenerational workshops and a participatory community installation of Migrations of Memory. “We believe that socially engaged, collaborative art can bridge [the generation chasm] by creating safe space for peer-exchange, discovery, and reflection,” Pin explains. The project addresses persistent barriers that hinder youth and their families from engaging in dialogue, including poverty, language and cultural barriers between the generations, as well as stigmas about speaking of the past. 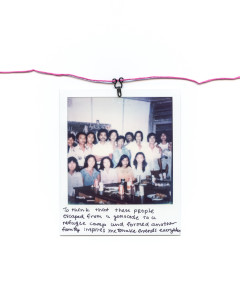 on had a “significant impact on our youth and our community,” Kaoru Watanabe, Associate Director at NCHM, explains. “Many of them used their experience with writing, images and dialogues with their parents to further explore their identity, to develop peer support and dialogue groups, and to share their experiences and stories with others through their own ways of creative expression.”

Given this success, NCHM will use their 2016 PSF grant to train previous Migrations of Memory participants to become facilitators of future workshops in Chicago and other locations. Pin acknowledges the importance of the PSF grant, noting that “support from the Coalition will be integral to our efforts moving forward.”

“The AFRC renegade soldiers and RUF rebels invaded our village, Koindenbaya, in the morning and started burning houses and killing people,” recalls Finah Dabo, whose story is preserved and shared at the Sierra Leone Peace Museum in Freetown. “I was amputated along with eight others. I was then taken to the capital…where I lost my eighteen month old baby.”

The civil war in Sierra Leone robbed 70,000 people of their lives. These victims are the cornerstone of the Sierra Leone Peace Museum, which opened in December 2013 to commemorate those who suffered and died, and to remind future generations of the disastrous consequences of intolerance.

The museum received a 2016 Project Support Fund grant to develop a new educational program for school children about the war and peace process. This is no easy task in Sierra Leone, where many adults are hesitant to discuss the war because they believe it will open old wounds. The result of this silence is that many children do not know anything about the conflict.

“During visits to the Peace Museum by schools in the capital, as a first step we try to assess their knowledge of the war and the Peace Process,” explains Joseph Dumbuya, Director of 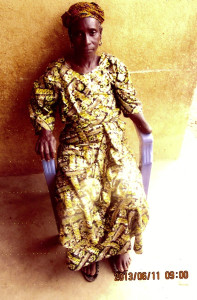 To counter this trend, the PSF grant will fund a mobile exhibition that will reach school children in three rural districts. This will enable children with little access to the museum itself to learn about the war. The exhibit will identify the causes of the war and the suppression 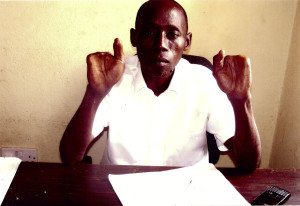 of dissent and free speech. It will also draw attention to the necessity of including the history of the war and the peace process in the school curriculum.

“The Project Support Fund grant will ensure the Peace Museum is meaningful to children,” Dumbuya says. “They will no longer see the war as a taboo subject like sections of the adult population.”