The Coalition recently spoke with Justine di Mayo, Co-Founder and Director of Act for the Disappeared (ACT), a Lebanese Human Rights organization created in 2010 by a group of citizens from all religious denominations and not affiliated to any political party. ACT’s mission is to work towards clarifying the fate of all those who went missing in Lebanon since 1975 due to political violence – including Palestinians, Syrians and other nationalities – through promoting the right to know and advocating for sustainable solutions.

Can you tell us about the particular situation of the disappeared in Lebanon?

Victims – most of whom were civilians – were abducted at checkpoints, as well as taken from their homes or from the streets. They were abducted for a variety of reasons: in exchange for other prisoners; for money or for revenge; and to create 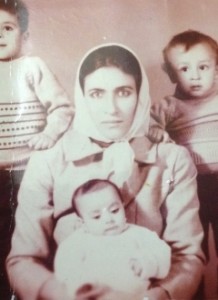 a feeling of terror among the civilian population. In addition to abductions, many people are thought to have disappeared as a result of mass killings.

The Taef Agreement, designed to put an end to the Lebanese Civil War, made no mention of the fate of these thousands of missing persons. The Lebanese authorities adopted an official amnesty. In 1991, the militias were disbanded and no conditions were imposed on them to provide information on the fate of the persons they had kidnapped or to release any prisoners they may have been holding.

What did this mean for the victims’ families, their legacies?

To date, the tragedy has never been acknowledged. Lebanon still does not have a list of the missing nor a national memorial or a place to recognize and honour its victims.

Can you tell us how your online memorial Fushat Amal addresses this lack of acknowledgement on behalf of the Lebanese authorities? 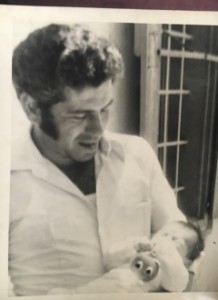 The website’s primary goal is to reclaim the identities of the thousands of persons whose names were turned to numbers. It is for people like Rasha, the daughter of a missing woman. For her,  Fushat Amal restores the place of the disappeared in society. Of the site, she has said, “I am extremely moved, I feel that my mother is near me.”

Fushat Amal also gives a voice to the families who have been silenced and deprived of their right to know for so long. Sharing their experiences puts an end to their emotional isolation. Another participant, Laure, the wife of a missing person, recently said, “It is nice to know that we are not alone and that there are others who share the same pain and suffering.”

The online memorial fosters the public recognition of the tragedy and engages society to confront the past. Fushat Amal is a strong tool to raise awareness among the generation born after the war, many of whom are not aware of this tragedy. This is essential to ensure that the young generations continue asking for the right to know the truth and to guarantee the non-recurrence of political violence in the country.

On the website, families of those missing can post information about their loved one. What else can they do on the site?

The families of the missing or any person who knows a missing person (friends, colleagues) can fill in a form online with information on the disappeared and on their disappearance. They can also send photos of the missing and their relatives as well as any other document they wish to share.

ACT asks the consent of the relatives of the missing for all the information given to ACT to go on the online database and be made public. However, ACT doesn’t make public any sensitive information such as the name of potential perpetrators or witnesses.

The added value of the project is that not only does it collect basic information for the purpose of building up an online database of the missing, it also provides the families with a space to share their personal experiences as a way to cope with their suffering.

This has also had intergenerational benefits, for young volunteers are trained to meet the families of the missing who are willing to share their testimony. 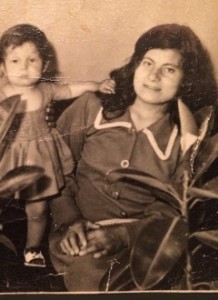 The youth listen to the story of their missing loved ones, the consequences of the disappearance in their lives, their expectations regarding the issue and add this information to the missing person’s page on Fushat Amal. Multiple testimonies of relatives can be added to the page of a missing person.

As of now, 130 families have been interviewed. The families are grateful to have people ask about their missing loved one and appreciate that the youth are getting involved on the issue and actively participating. Families see this as a sign that their fight will not stop.

Further, families or any other person can also share information related to the fate of a missing person (place of kidnapping, of detention, of killing, of burial, etc.). This information is not displayed online but remains confidential and in the sole possession of Act for the Disappeared. This is done for the sole purpose of protecting grave sites and finding the remains of missing people in the future.

Act for the Disappeared has been very vocal about the fact that militias in Lebanon were never held accountable for the crimes they committed. Is there political and social pressure to forget these atrocities? How does a digital resource like Fushat Amal circumvent these pressures?

At the end of the war, Lebanese authorities adopted an official amnesty premised on “forgetting” the past. The failure to address the past and the repeated cycles of violence that followed further entrenched sectarian cleavages and tensions between Lebanon’s various communities. The culture of impunity is so deeply rooted that many consider that the war never ended.

In this context, there is a persistent belief within the Lebanese society that any effort to address the issue of the missing can revive tensions between communities and threaten civil peace. Combined with a lack of information with regards to solutions, this creates a general perception that nothing can be done. This prevents people from mobilizing actively for the cause.

Fushat Amal circumvents this belief by showing through the stories of the missing that this tragedy affects all communities in Lebanon. By giving a face to the tragedy and by sharing the experiences of the families, people become aware that Lebanon has the duty to deal with its past and bring reparation to the victims.

The project also highlights that solutions to these issues does not only depend on political will, which is non-existent today. We, as citizens, can play an active role in giving voice to the families of the missing, recognizing the tragedy and in starting the investigation work to clarify the fate of the missing.

As for the political pressure to forget these atrocities, the 30 years of struggle by the families and civil society actors has shown to the authorities that they will not always be able to avoid 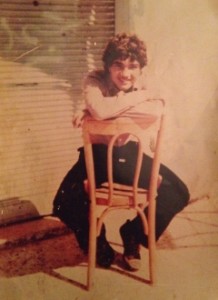 Can you speak about the possibilities inherent in digital platforms as well as the limitations? Is it a platform that speaks to everyone? Are there generational issues to consider?

A digital platform offers a lot of promise in the Lebanese context. Fushat Amal was first initiated as a compromise between the necessity to answer families’ need for recognition and for a space to honor their loved ones, while also being sensitive to the fact that many felt building a memorial before they know the fate of their loved ones was premature. They also feared that a national memorial enacted before proper investigation would be used by the State as a pretext to close these files.

The digital platform allows society to recognize the situation in a collective way while staying clear of State sponsorship. Also, in a very fragmented society where the confrontation lines left their marks on the territory, it is still difficult to find any physical location for a national memorial that could be accepted by the majority of the victims. A digital space circumvents this problem.

Lastly, this platform offers the possibility to consult the families of the missing on their needs and expectations and to engage civil society actors in the development of a memorialization strategy. This inclusive strategy will be essential in the design of any future physical national memorial for the missing in Lebanon. Today 19 civil society organizations who work on peace-building and memory are part of the platform.

As far as limitations, the main challenge we face is to make Fushat Amal accessible to a wider audience. Indeed, the digital platform is easily accessible to the 20-50 year old age group, but less accessible to the older generations. To overcome this limitation ACT is recruiting volunteers in universities and is training them to meet with the relatives of the missing and collect their testimonies.

Another challenge is to overcome the scepticism of many families after so many years of waiting and dashed hopes. These families have lost faith in the authorities but also in civil society. If we hope to engage a larger number of families, Fushat Amal must go to them – in their regions, even if remote – to explain the website’s approach and goals.

What are some other digital opportunities that might be useful to your organization and others like it?

Digital mapping is a strong tool for civil society actors in Lebanon to reveal the thousands of disappearances that were erased from Lebanon’s history by a State policy of oblivion.

Two years ago Act for the Disappeared started a research project to locate suspected sites of individual and mass graves in Lebanon and to protect them while awaiting their future exhumation. This documentation work is pressing because to date, many human remains have been found inadvertently on construction sites or archaeological sites and most of these remains have been reburied or destroyed. The protection of such sites is a first and pressing step to preserving information that could be vital in any future truth-seeking and victim identification process.

The research begins with collecting and analyzing background information about the events that led to cases of disappearances. From there, hypotheses are developed about the locations of suspected graves and the identity of victims. The ultimate objective would be to match missing persons with any graves that are exhumed. Digital mapping will be essential for this investigation work – it really is the key.