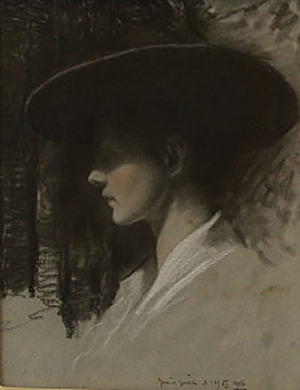 My Museum and Me

The Balkan Museum Network supports the development of creative museum professionals and advocates for socially responsible museums in the Balkan region that promote and celebrate learning. It currently encompasses 50 museums of various sizes and profiles across the region, from large national museums to smaller homeland museums and private galleries. By bringing these organizations together, the Network focuses on the common heritage of the Balkans as a catalyst for dialogue and positive social action. This is a new approach in a region that has been marked by centuries of conflict and mostly characterized by its differences – by its wide range of empires, regimes, religions and ethnicities.

In this blog post, Aida Salketić, Program Manager at Cultural Heritage without Borders and the Balkan Museum Network, discusses a new virtual exhibit that the organization has launched, one that captures how the preservation and sharing of the region’s connections and commonalities can be a solid foundation for peace and development in the Balkans.

My Museum & Me as a Safe Virtual Space

Cultural Heritage without Borders and the Balkan Museum Network

In the end, official history is a matter of interpretation. Whose story gets to be recorded and presented? Whose side of an experience gets to become the official truth in textbooks? Whose armor, sword or manifesto is displayed in the central place in a national museum? Who is telling the story and who is setting the rules?

These are just some of the questions surrounding contemporary practices of interpretation being asked in museums and heritage settings today. With school systems resistant to change, now more than ever museums are playing significant roles in learning, peace-building and peace-maintenance processes. They offer an alternative path to the interpretation of our past and heritage and have a major role in providing a platform for different voices and perspectives.

This thought was one of the motivations behind a virtual exhibition launched by Balkan Museum Network entitled My Museum & Me. For this, we asked curators at seven museums in Serbia, Montenegro, and Bosnia and Herzegovina, to choose five objects from their particular museum that they found meaningful. We then asked them to give their own interpretation of each object, answering the question, “What does this object mean to me as a curator?” The objects were then assigned to one or more of the exhibition’s four themes – People Creating, Inspiration, Meanings and Personal Memories – and posted on the virtual exhibit’s website.

The objects were also highlighted within the museums themselves. As part of the exhibition, visitors to the museums – who may not know much about an object’s factual history – are encouraged to make personal connections to the objects. To facilitate this, curators ask them, “What does this object mean to you? Which emotions, feelings and thoughts are you having while looking at the object?”

Visitors can leave written comments and some museums have equipment that enables them to make video or audio recordings of their responses – all of which are then posted on the virtual exhibit. So far, the Network has collected 100 comments from people with diverse demographic and educational backgrounds. For many participants, it was the first time they had ever encountered such an exhibit. Comments are diverse though frequently very personal. On a painting of a young girl 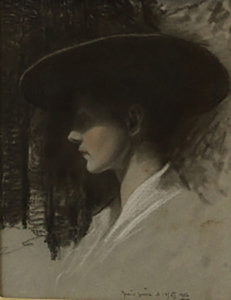 by Bosnian artist Gabrijel Jurkić, one visitor wrote that the subject “reminds me of my mother’s sister Laura.  She was my mother’s younger sister. They were very close. My aunt had finished music school in Sarajevo and had to go to Zagreb to a Conservatory. Those years my mother was finishing medical school at the University of Sarajavo. My aunt Laura died in car crash, while she was travelling with some friends to Rome…She always says that she would never be the same person as she was before that horrible day.“

The outcome of the virtual exhibit is that it breaks down traditional barriers between people and their history by giving equal voice to museum professionals and museum visitors when they are interpreting artistic and historical artifacts. With this approach, the Balkan Museum Network is setting a framework wherein each perspective and each interpretation of a given object is equally important and valuable in the public eye. This may seem simple, but it profoundly changes the way we commonly think about heritage. Heritage, in this context, is being experienced in many different ways – at once a hard fact, but also a very malleable, personal reflection. History is no longer staid, but a stepping stone for the opening of a dialogue, a catalyst for multiple memories, opinions and statements.

When objects are open for interpretation, when importance is given to every single individual, the silences that often prevail after conflicts – silences that are produced by small groups of power holders entrusted with creating the “official history” – can be overcome. Giving voices and importance to individuals and bridging these gaps of silence, discrimination and oppression is a vital step in the process of empowering communities.

My Museum & Me is not simply a collection of artifacts, for a mere repository can hardly create a museum experience. A meaningful museum experience comes from contextualizing objects with the help of curators and then allowing visitors to add meaning to those objects. In this way, My Museum & Me creates important public engagement opportunities and offers a different means of developing heritage sensibility and heritage literacy by drawing emotional and experiential links between visitors and these objects. It offers a platform to discuss difficult topics by juxtaposing diverse opinions and perspectives. Finally, it encourages people to confront the Balkans’ traumatic past in a setting of mutual participation, appreciation and dialogue. It creates a safe space for discourse and understanding.