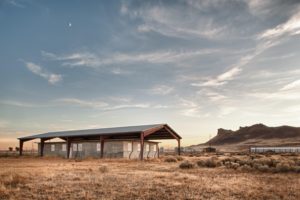 The attacks on Pearl Harbor of December 7, 1941 resulted in President Roosevelt signing Executive Order 9066, authorizing the mass incarceration of Japanese Americans on the West Coast. Out of the 10 sites that held in total 120,000 men, women, and children, Tule Lake in northern California was the largest, with nearly 19,000 people held behind barbed wire fences.

The purpose of the Tule Lake Unit, a part of World War II Valor in the Pacific National Monument, is to preserve, study, and interpret the history and setting of the incarceration and later segregation of Japanese Americans at Tule Lake during World War II.