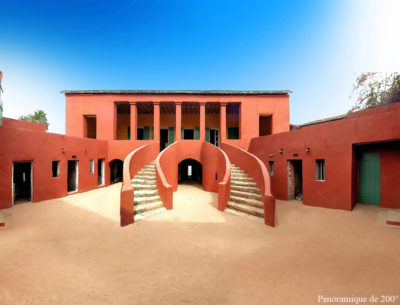 In October 2019, a prototype exhibit was launched at Maison des Esclaves, where the Coalition is overseeing a major revitalization of the site with support from the Ford Foundation and the Senegalese government. A founding member of the Coalition and the first UNESCO World Heritage Site in Africa, Maison des Esclaves shares the history and narratives of the vast transatlantic slave trade. The project is fortifying the museum’s physical structure, creating new spaces for exhibitions and dialogue, and updating the site’s interpretation and program offerings. Once feedback on the prototype exhibit is collected, the final exhibit will be launched in early 2022.