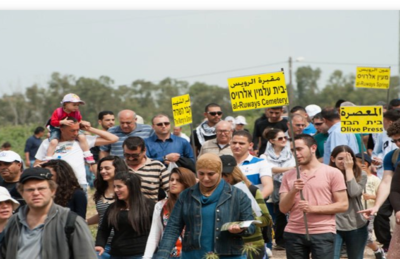 Zochrot is a pioneering Israeli organization working since 2002 to raise awareness of the Nakba, the Palestinian catastrophe of 1948, and human rights violations against Palestinian refugees, as well as engage Jews and Palestinians in a joint recounting of their painful common history. The Israeli State has been doing everything in its power to erase all remains of the Nakba and the Palestinian life that preceded it: the Nakba is absent from the Israeli education system, erased from its landscape and absent from the Hebrew language, culture and public discourse.

Zochrot’s mission is to initiate discourse on the Nakba and its ongoing effects, particularly the situation of Palestinian refugees. We believe acknowledgment of the past is the first step towards taking responsibility for its consequences, and thus hope to contribute to a realistic resolution of the conflict, which will include a just solution to the situation of Palestinian refugees. In order to achieve its mission, Zochrot operates four main programs: Space for Return; Political Education; Arts, Culture and Video; Media and Internet.