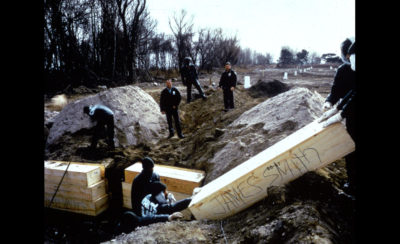 The Hart Island Project is an NGO concerned with providing information and access to the public cemetery in New York City where over a million people have been buried since 1869. The cemetery is under control of the Department of Correction and has extremely limited public access.

The charity maintains an on-line, interactive database of people buried from 1980 to the present, as well as maps of their grave locations. The database, known as the Traveling Cloud Museum, collects the histories of people who have disappeared in New York City through public and creative contributions.