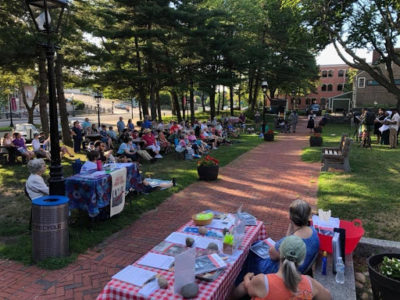 Roger Williams National Memorial was established by the Congress of the United States in 1965 to commemorate Williams’s “outstanding contributions to the development of the principles of freedom in this country.” It is on this site that Williams, through word and action, created a “shelter for persons distressed of conscience” and fought for the ideal that religion must not be subject to regulation by the state. Religion must be a matter of individual conscience. The Roger Williams National Memorial commemorates where true religious freedom and separation of church and state began in the United States.