The Museum of British Colonialism is a 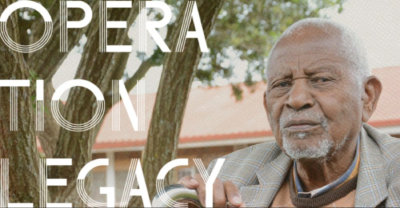 collective based in Kenya and the United Kingdom founded to communicate a more truthful account of British colonialism.

Their pilot project focuses on documenting sites and experiences relating to the Mau Mau Emergency in Kenya (1952 – 1960), one of the most brutal – and least known – episodes in British colonial history. The team of volunteers has researched and visited a number of sites formerly used to detain and torture thousands of Kenyans. We have collected a wealth of documentation, including oral testimonies from former detainees, and contemporary and archival images. The Museum has also produced a number of media pieces including a podcast, documentary, short films and a blog. Through our collaborative, creative processes we aim to promote social cohesion, understanding, and empathy within and between communities, nationally and internationally. The long-term plan is to have a collection of online resources and physical exhibitions networked globally to build awareness of these events and experiences.

Museum of British Colonialism
Kenya & United Kingdom
Joint project based in both Kenya and the UK
Url: https://www.museumofbritishcolonialism.org/