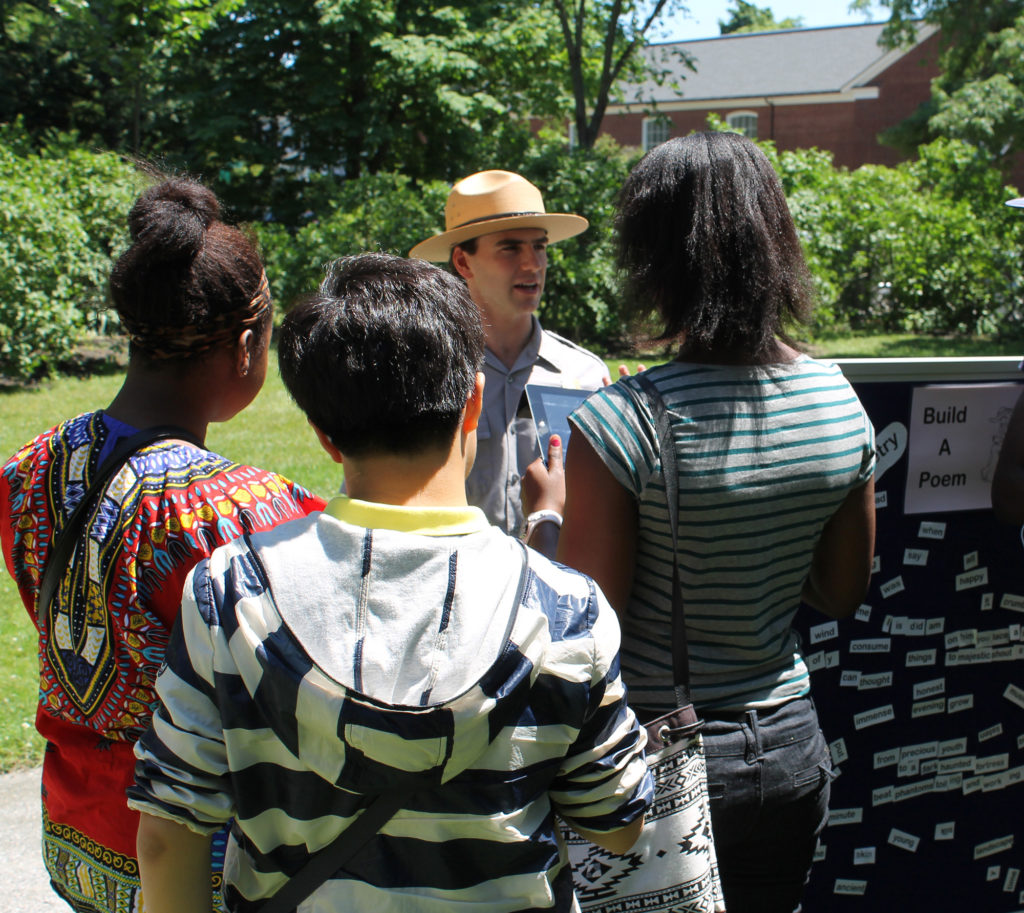 Longfellow House-Washington’s Headquarters National Historic Site preserves the home of Henry Wadsworth Longfellow, one of the world’s foremost 19th century poets. First built in 1759, this remarkable house bears witness to the history of slavery in New England, served as George Washington’s Headquarters during the Siege of Boston, was a 19th century hub of literary life, and reveals LGBTQ+ experiences in the 19th and early 20th centuries. Today, the National Park Service offers guided tours and facilitated programs, with the aim of expanding access and making relevant connections between past and present. The house, which includes grounds and a historic garden, also serves as a venue for poetry and other community events.