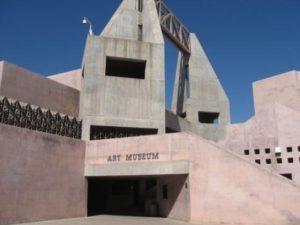 Arizona State Museum (ASM) is the oldest and largest anthropology museum in the Southwest, established in 1893, and the state’s official archaeological repository. An affiliate of the Smithsonian Institution, ASM hosts researchers from around the world who use the collections to expand the frontiers of knowledge in archaeology, ethnology, and ethnohistory. The museum houses more than 175,000 catalogued archaeological and ethnographic artifacts, including the nation’s top Navajo textile collection with some of the earliest and most rare examples of this type of weaving and one of the largest Navajo rugs ever woven. ASM conducts research on late prehispanic migrations, the emergence of the Salado phenomenon, and the connections between the ancient peoples of Arizona and present-day tribal communities.