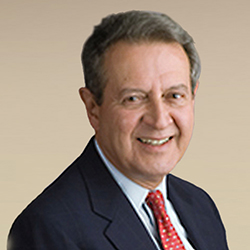 Martin S. Kaplan is a graduate of Columbia College and Harvard Law School. Following a clerkship with Chief Judge Bailey Aldrich of the United States Court of Appeals in Boston, Kaplan spent his entire legal career at Hale & Dorr and its successor, Wilmer Cutler Pickering Hale & Dorr LLP, in Boston and New York until recently retiring as a partner. His practice included representation of public and private corporations and the development of philanthropic strategies for families and foundations.

As Trustee and Managing Director of the V. Kann Rasmussen Foundation and Trustee of the Germeshausen Foundation, he was instrumental in promoting their progressive grant making related to the environment and other causes. He was the recipient of the 2009 Thomas Berry Award, recognizing his role in developing the field of Religion and Ecology.

As Chair of the Massachusetts Board of Education (1992–96) appointed by Gov. William F. Weld, he was a leader in the education reform movement and was a member of the Education Commission of the States and a Director of the National Association of State Boards of Education.

Kaplan was a member of the Boston Foundation Board, one of the largest community foundations, and chaired its Program Committee. He has been an Officer or Board Member of many charitable institutions, and was honored by Columbia with the University Alumni Medal (1993) and the John Jay Award (2000).

As Chairman of the Interreligious Affairs Commission of the American Jewish Committee, Kaplan participated in interfaith dialogue with Roman Catholic Church leaders. In addition, he has served as a member of the Dean’s Council of Harvard Divinity School and on the Board of the Center for the Study of World Religions at Harvard.