Ashley Nelson, Director of Communications at the Coalition, recently spoke with Tütengül Küçüker, Empowering CSOs Fellowship Coordinator at the Hrant Dink Foundation, a Site of Conscience in İstanbul, Turkey, about the ways in which Sites of Conscience training offered the Foundation new strategies to address contemporary legacies of historic or systemic discrimination.

The Hrant Dink Foundation honors the life and work of Hrant Dink, the founder of the Turkish-Armenian Agos newspaper, who sought through the newspaper to de-escalate tensions between Turks and Armenians and promote peace and understanding. In doing so, he explicitly touched upon a painful part of Turkish history, namely the Armenian Genocide, which many in the country, including the government, still refuse to recognize. Can you speak broadly about the role of memory in Turkish culture and politics historically and today? How does it aid polarization in the country and hinder progress?

Dealing with difficult histories and acknowledging the past matters. In Turkey we are faced with the politics of denial – the official narrative is based on denialism. In most of the history books, Armenians are depicted as traitors; the ones who stabbed Turkey in the back, the enemies of the nation, the threat to national security and integrity. The multicultural past is neglected, and the thousands of years of presence of Armenians or other non-Muslim minorities are ignored. The seeds that the system plants into children create an obstacle to coexistence and peace. Rather than cherishing the differences, divisions are bolstered. 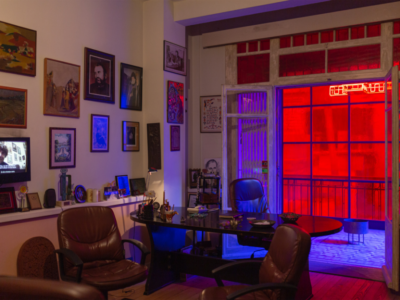 The denialism is not only around the Armenian Genocide – many social traumas in Turkey [that took] place in the republican era, such as pogroms and political assassinations, are not confronted. There are still many difficult histories to be confronted and many ‘taboo’ subjects to be discussed. It is not hard to assume that denialism will lead us nowhere but to empower the divisions and polarization within society. A divided society cannot achieve progress, democratization, justice, and co-existence. While some may say, “the past belongs to the past, let us open a new page and look towards the future,” we should bear in mind that even a forgotten past will have repercussions that shape the present. 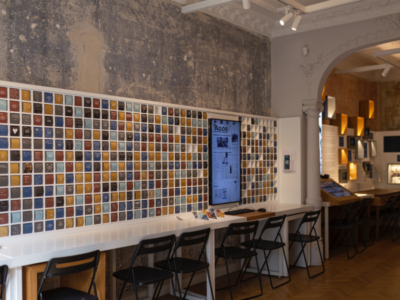 Several studies made on individual and collective trauma show that the way to opening a “clean page” is not through forgetting, but through remembering and confronting. Indeed, truths believed to be forgotten will persist in the individual and collective subconscious, continuing to manifest, reliving through events involving pain and violence. To move forward, we have to deal with the past and recognize the past crimes. In this regard, CSOs and Sites of Conscience can play a remarkable role in reminding society of the significance of dealing with the past, the ramifications of the past in today’s world, and the darkness that we are surrounded by. Asking questions and encouraging people to ask questions may hearten people to have an alternative look at the past, history, and the ideology that they are imbued with. The Roman poet Horatius said, “Sapere aude.” These words, which mean “dare to know/to think,” express one of the main missions of Sites of Conscience and organizations working on memorialization.

Discovering the truth can be painful or frightening, and because it may lead people to face unexpected confrontations, they may have an urge to flee from learning the truth. At this point, CSOs, Sites of Conscience, and alternative education institutions have a lot to do to bridge the gaps, counter the narrative, demonstrate what is missing, and provide society with the relevant resources and tools with the aim of fostering empathy, mutual understanding, and dialogue. Taking positive action in terms of memorialization will have a healing effect on social wounds.

Can you tell us a bit about the training the International Coalition of Sites of Conscience conducted with you? What strategies did you learn to help your community address issues related to contemporary legacies of historic or systemic discrimination?

In workshops, we have discussed how historical and political narratives are influenced by power relations and how the monuments where these narratives are symbolized can be reinterpreted. We discussed the challenges in these fields of work, the roots of discrimination, and how power relations affect our work. We focused on the forms of power that shaped the narrative through history, art and media, and how to create alternative narratives. We also learned about the methods for analyzing the narratives and the historical truths in four categories: forensic, social, personal, and reconciliatory truth, which was pretty eye-opening in order to interpret the socio-political events in Turkey.

It was interesting to learn that narratives and power interact in so many different ways including voice, scope, centrality, and agency. We discussed [the fact that] historical monuments in Turkey and abroad also provided participants a new point of view in interpreting the history of power relations. Overall, we learned that the symbolic value of the monuments in the classical sense has transformed today. The meaning of space can be in various types including ritual, interpretive, anchoring, orienting, and contested spaces.

Can you talk about the importance of dialogue in your programming? How can Sites of Conscience help communities bridge divides across ethnic, religious, and other differences, particularly in countries like Turkey where freedom of expression is often limited?

The Hrant Dink Foundation defines the development of a culture of dialogue, empathy, and peace as the basis of all its activities. With its activities and projects, the Foundation seeks to function as a contact and communication zone for a range of groups including CSOs working in diverse fields and individuals belonging to different backgrounds, identities, profiles, and professions. The foundation aims to promote intercultural dialogue and eliminate all forms of discrimination, foster better communication between generations and gender equality, increase opportunities for education and dialogue, and encourage society to embrace a culture of peace and mutual understanding.

Sites of Conscience have multiple functions; they act as spaces for remembrance, confrontation,

commemoration, reflection, learning, research, and also dialogue. 23.5 Hrant Dink Site of Memory aims at providing a platform for dialogue and communication by bringing diverse actors together through its public events and workshops. From the very beginning, 23.5 aimed at being a site that talks with people rather than talking to people. Many prejudices and stereotypes against one another are a result of the lack of spaces that allow people from different identities, backgrounds, and ideologies to meet with each other, and most importantly, to communicate and interact with each other. On the other hand, dominant discourse and official narratives shape the views and opinions of society and strengthen prejudices. The fact that freedom of expression is becoming more and more limited in diverse countries should not discourage us from creating spaces of expression, communication, and dialogue – those spaces also contribute to societal healing. Hrant Dink always defended the importance of bringing people together to contribute to the efforts of peace and normalization of relations. He emphasized that “dialogue is the only recipe”. We believe that bringing people together and providing them with a platform to share and express their opinions, conflicts they are dealing with, and issues that they are tackling make positive change in the long term.

We also clung to this approach while programming our Turkey-Armenia relations program. We made special efforts to bring journalists, academicians, civil society actors, experts from different fields from both countries together under our tailor-made dialogue programs to encourage dialogue and collaboration. While the Turkey-Armenia border has been sealed since 1993 and there are no diplomatic relations, we experience the positive results of our dialogue-based initiatives and we will continue pursuing this approach to contribute to the normalization of cross-border relations. Reminding them of the importance of embracing differences while also encouraging them to tackle divisions contribute to fostering empathy, mutual understanding, and co-existence.