“Let us join together and clear the debris that has been thrown over the bodies of hundreds and thousands of Bangalees. Only then we shall know ourselves. Our brothers, sisters, mothers, fathers and friends lie somewhere under the mud, unmarked and unnoticed.”

Bangladesh gained its independence in 1971 after a brutal nine-month long war of liberation, triggered by the Pakistani military junta which had, after annulling the results of the 1970 democratic election, begun a genocidal attack on the population of Eastern Pakistan, crushing the Bengali independence movement and exterminating all opposition to the junta’s power. While the war ended with Bangladesh’s independence, it left behind three million dead, ten million displaced to India and 200,000 victims of sexual violence. 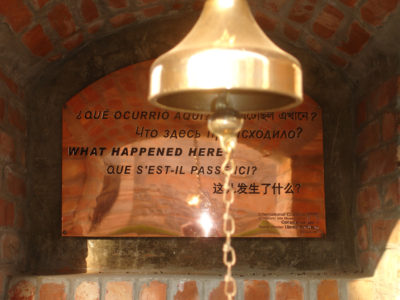 Only four years later, President Sheikh Mujibur Rahman was assassinated in a military coup, and a long period of autocratic rule followed during which the nation’s independence struggle was distorted and democratic secular values were forgotten. To combat this intellectual assault, eight trustees from different backgrounds joined together to create the Liberation War Museum in 1996. Established to collect and disseminate a non-partisan history of the war of independence, the Liberation War Museum connects this history to Bangladesh’s contemporary struggles and advocates for humanitarian and democratic values. The Museum’s chief goal is to bring the history of the war into focus for the present generation, so that they might understand the past and its present implications.

This has not been an easy task. Until the Museum’s founding, there had never been a true attempt to record this history in an accurate manner, nor any serious effort to make records of the victims who were killed or went missing. Consequently, the generation born after 1971 are either left in the dark about that period or effectively brainwashed by those in power who gloss over the gruesome truth behind the war to suit their own interests. This has had a huge impact on the Museum’s outreach to youth, who often are unclear about the facts of their own history and do not connect to it in personal terms.

A turning point in bridging this gap came in 1999 when human remains were discovered during the construction of a mosque in a suburb of Dhaka. The local community, a youth organization called 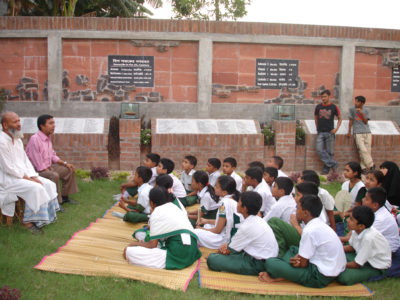 Ekatureer Smriti Porishad, and the Liberation War Museum took the initiative to excavate the area, along with technical assistance from the Bangladeshi army. The discovery of the killing field at Muslim Bazar has had an awakening effect on all of us and especially the younger generation. Most of those who came forth to do the actual work of excavation belonged to generations that either did not live through the liberation struggle or were very young at that time. The experience reminds us of the invaluable power that history can have. The excavation was the best sort of teacher – offering solid proof if you will – of the brutal nature of the war. It reminded me of 1971, during the war, when we all shared a similar spirit and dream of freedom. It reaffirmed my faith in the younger generations and in the belief that if they are guided in the right direction, we as a country can surely hold our head up in the new millennium.

Reinvigorated by this experience, the Liberation War Museum has continued to engage young people, extending its programs and outreach to them over the past 20 years. Our programs have long emphasized the need for students to take a civic and moral role as responsible citizens of the nation. To inspire knowledge and understanding, our youth programs always begin with a tour of the museum and an “instant quiz” to get students reflecting on and interacting with the material. In order to stem future historical distortions and ensure a democratic secular Bangladesh, it is essential that the younger generation start owning the history of the war. In 2001, to increase accessibility, we established a program that brings mobile exhibitions all over the country. To date we have visited 25 districts and 141 villages, reaching 508 schools and over 280,000 people.

Another pillar of our youth program – one that truly captures our mission by activating students and inspiring them to engage with the history of the war in a personal way – began in 2004 with our program “Human Rights and Peace Education in the Light of History of Liberation War.” After touring the Museum or our mobile exhibition, we send students home with guidelines on how to interview an elder relative about their experiences during the war. The young students then record these interviews and submit them back to the Museum to be preserved. We have collected over 7,750 interviews through the program, ensuring not only that these stories are saved for all generations, but that students receive first-rate knowledge of this history. In this way, the Museum contributes to younger generations owning their history and in turn empowers them to fight back against the distortion of this history. In this respect, the increasing participation of youth in Museum programs kindles a ray of hope for the future.