Black Women’s Blueprint is a transnational black feminist organization that celebrates the African diaspora, while mourning the violent conditions that created it. Through advocacy, transformative justice mechanisms, and research, it preserves stories relating to black women and sexual violence. From its headquarters in Brooklyn, New York, the organization also runs the Museum of Women’s Resistance which is a member of the Coalition. The museum houses a range of artifacts that examine the diversity, dynamism, and global influence of women of African descent in the realms of family, work, and community. The Coalition recently spoke with Farah Tanis, co-founder and executive director of Black Women’s Blueprint, about the role of violence in black women’s lives from slavery to today.

Sites of Conscience connect historical struggles to their contemporary legacies, but many struggles, including those of black women, are buried. How did black women’s voices become so marginalized? And how can communities ensure their stories are heard?

Black women’s voices have become so marginalized because the narratives of slave girls and women are inextricably linked to something that people find extremely private and tied to shame: Rape. That is the issue on which Black Women’s Blueprint focuses. We want to rewrite the narrative around how communities should and can respond to rape. We ask questions like, “What does rape mean? How is rape deployed as a tool for exploiting and even destroying entire communities? And why are most societies silent on this issue?”

Some black women consciously or unconsciously self-impose this silence because their bodies are so often the sites of memory and atrocity. Trauma 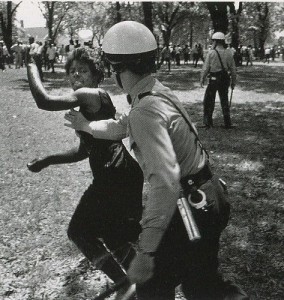 lives in our bodies; shame lives in our bodies; history lives in our bodies. Some of us are reminded of this everyday – say, by our lighter skin tone. We have seen in our work that some black women have internalized the sense that their bodies create pain since they were at the heart of the slave economy through forced breeding with other slaves and through rape with their masters. I think we allow this shame to marginalize our voices.

But society silences black women too, even in the unlikeliest realms. Rape, for instance, has been consistently ignored in mainstream black protest movements. Black nationalists blamed black women for the rapes that happened to them. The Civil Rights Movement and even Black Lives Matter also ignore the subject, despite the fact that female survivors often fuel these movements. There is a social contract within the black community to keep these things marginalized. At Black Women’s Blueprint, we unearth writings of mass victim-blaming and provide safe spaces for black women to talk about their gender-specific traumas.

What is something that most people do not know about black women’s history?

One interesting thing is that despite this silence, there were powerful anti-rape activists throughout history. During the Abolitionist Movement, one of the main arguments that was used against slavery was that black women were being raped. Abolitionists used rape to capture just how barbaric slavery was – and it was: Sexual violence happened to girls as young as ten, nine, even eight. Post-emancipation, black women of means like Mary Church Terrell, who was one of the first African-American women to earn a college degree, talked about the rape of black women and had campaigns to relocate black women to safer locations even after slavery had ended to protect them from white predators who felt they still had rights to black women’s bodies. But this is history that is too often overlooked. Rosa Parks, for instance, was an anti-rape activist initially, but few people know that. It was one of the things kept out of the Civil Rights Movement, despite women – like Rosa Parks – being absolutely central to the work being done.

You attended the recent conference at Maison des Esclaves in Senegal to discuss the future of historic sites of slavery. The museum is currently undergoing a revitalization that will position it to speak to the transatlantic slave trade and its modern repercussions. Can you discuss the contemporary legacies of slavery for black women? What are the most pressing issues they face today?

The most pressing issue we face today is the threat of erasure. One of the issues we were concerned with at Maison des Esclaves was who gets to tell the stories of the Senegalese? Likewise, at Black Women’s Blueprint, we wonder who gets to tell the stories of black women? We also wonder about how we put these stories in context? We cannot be afraid of context – even when it is complicated. The Senegalese, including black women there, are reported to have been part of the slave trade. This is easily relatable to today, when many human trafficking victims are purported to be a part of the modern slave trade, by which I mean they traffic other women. We can think of these women today much like we do the Senegalese people who threw parties for the slave ships. Did these Senegalese cooperate in such a way to avoid being boarded onto those ships? What are the pressures human trafficking victims face today? How does one ensure one’s survival? These issues are so multi-layered, and we have to be brave enough to acknowledge that.

Last April, you organized the first Black Women’s Truth and Reconciliation Commission. What were the goals and outcomes of the four-day event?

The goal of the Black Women’s Truth and Reconciliation Commission 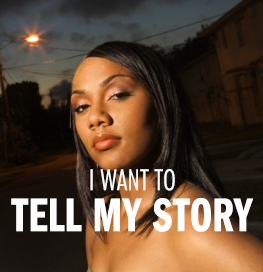 was to provide a public platform for black women who have been survivors of rape and reproductive violations to speak their truths in a safe space and engage with major institutions like the United Nations, the U.S. Department of Justice, as well as the White House, and have these entities engage in turn. When we think about framing prevention on a national scale, these institutions have to understand that there are issues in communities that are very unique to those communities, very nuanced, which means that the policies and strategies that are developed need to be just as unique, nuanced and responsive to those specific circumstances.

The outcome of the event was that 2600 people were engaged. The United Nations session was completely packed. The impact is that survivors have come forward. There is a new language around sexual violence and a new recognition of the need to incorporate a historical context that speaks not only to violence against black women, but also to our silence. Why are we protecting those who rape us in our communities today? At Black Women’s Blueprint, we are starting to speak to black men who often commit these rapes. We are currently involved with three sex offender treatment centers in D.C., New York, and Atlanta, which has the largest sex trade in America with a range of 200-300 girls being trafficked every month.

You mentioned in the most recent Conscience Conversations that one of the challenges of maintaining momentum after the close of the Truth and Reconciliation Commission is that the U.S. does not even conceptualize black women’s lives as particularly problematic. How do you troubleshoot this?

We’re using the Black Lives Matter Movement because it’s very popular, although we regret that we have to “piggy-back” off it to bring attention to this issue. They’ve just released a six-part policy platform, which we helped develop, but it was very difficult to get gender integrated into every part. What they offered us was one part of the platform, as if gender is separate. In conjunction with this, we are working on a curriculum to provide a framework to social justice groups who are interested in the Black Lives Matter Movement, but who want to apply it to feminist and gender justice work. We provide that platform through artistic projects that use black women’s bodies as both sites of atrocity and sites of resistance. This sort of dual recognition is long overdue.