By: Ereshnee Naidu-Silverman, Senior Director of the Global Initiative for Justice, Truth and Reconciliation 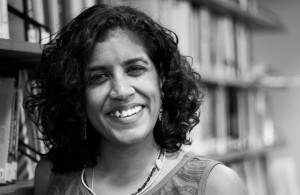 of millions of people, a range of human rights violations committed and tens of thousands dead. While the conflict began as a result of political divisions, it spread across the country, dividing communities and neighbors and separating families. Following the recent formation of the Transitional Government of National Unity, the country awaits the implementation of the peace agreement clauses, including the transitional justice provisions outlined in the agreement’s fifth chapter “Transitional Justice, Accountability, Reconciliation and Healing.” As discussions continue around the establishment of a Truth, Reconciliation and Healing Commission, a Hybrid-Court for South Sudan and a Compensation and Reparation Authority, ordinary citizens struggle to come to terms with the loss, displacement and destruction caused by the war.

The needs expressed by local communities as they emerge from conflict are marked by an urgency that far exceeds the pace of the planned official processes. It is this vacuum that the Global Initiative for Justice, Truth and Reconciliation (the Consortium), the International Coalition of Sites of Conscience (the Coalition) and Consortium partners are seeking to fill. From March to April 2016, the Coalition undertook a needs assessment in Juba to better understand the memorialization and local reconciliation needs of ordinary citizens as the country begins to rebuild.

As a reflection of local will to pursue memorialization and truth-telling even prior to the establishment of a stable government, both clandestine and public memory activities were undertaken by local CSOs during the course of the conflict, serving key goals of truth-telling and recognizing victims. Our needs assessment showed the existence of urgent issues to be addressed and the importance of memory and memorialization initiatives – which remain outside the limited timeframe of traditional transitional justice mechanisms –as an accessible tool for victims to share their stories and be recognized while warring parties continue protracted peace negotiations.

Our findings revealed that similar to most post-conflict societies following cycles of prolonged conflict, the South Sudanese struggle to address the victim/perpetrator dichotomy. Some members of civil society organizations observed that the distinction between victims and perpetrators is futile in South Sudanese society given that certain actors played alternating roles in previous civil wars and other periods of communal violence. They argued that if memory and memorialization initiatives are to serve the goals of rebuilding relationships on the range of social levels, these activities must include multiple narratives depicting the wartime experiences of ordinary people as well as address the “common suffering” of all South Sudanese throughout the decades of violence. Most notably, the assessment found that most documentation needs in South Sudan are driven by the wish of survivors and their families for truth-telling and reconciliation rather than criminal accountability.

As the Coalition and Consortium partners continue to support local South Sudanese civil society organizations in coming to terms with the past, the overall findings of the Coalition’s needs assessment support what we learned from our work with post-conflict societies such as Timor-Leste, Liberia and Sierra Leone. While criminal accountability is necessary to prevent a culture of impunity and ensure the restoration of the rule of law, memorialization initiatives transcend the more restricted and often delayed goals of official accountability mechanisms to provide a sustainable local and national foundation for long-term peace and stability. Truth-telling and memory initiatives serve as a framework for local reconciliation and accountability while policymakers decide how best to implement transitional justice mechanisms. They create a dialogue about the past, provide safe space for diverse or competing narratives and provide an opportunity for a collective re-imagining of a peaceful future.