We are pleased to announce the recipients of this year’s first round of our Project Support Fund Grant. 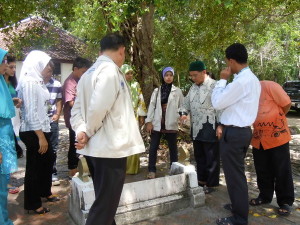 NISEA works to build a constituency of peace advocates and provides nonviolence training and assistance to individuals, organizations, and governments in order to bring about social change.

“A History of Struggle and Choosing the Peaceful Path of the Bangsamoro People: Shaping the Future Bangsamoro Museum” will amplify the narratives of Bangsamoro people through an oral history collection campaign.

A founding member of 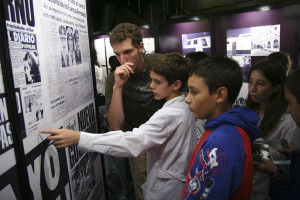 the Coalition, Memoria Abierta is itself a collective of human rights organizations working to increase awareness of state-sponsored terrorism and release of documents pertaining to Argentina’s most recent military dictatorship.

The Coalition is honored to support Memoria Abierta’s project, “Latin America: from a common violent past to a human rights joint regional agenda,” an audio visual exhibition to be displayed in the lobby of the Institute of Public Policy in Human Rights of Mercosur. This space itself is a former detention center for the dictatorship. 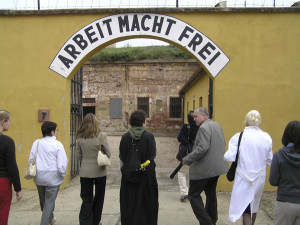 Founded in 1947, the Terezin Memorial is also a founding member of the Coalition. It began with the aim of commemorating the victims of the Jewish Ghetto and the Gestapo Prison in the Czech town by the same name. From Terezin, as many as 140,000 people were deported to death camps in the east.

Their project “Being at School in the War Years (1938 – 1945)” will introduce students to the ways in which totalitarianism takes root and spreads, leading to racism, xenophobia, and violence. It will culminate in a two-day conference at the Terezin Memorial, and will use student-generated research to bolster the memorial’s new educational program “Teaching Was Strictly Prohibited” on the clandestine education of Jewish children in the Ghetto. 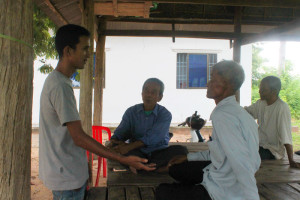 project will transform the Kraing Ta Chan security center through the arts. It will serve instead as a place for healing and will be dedicated to the principles of non-recurrence. It will foster participation of university students, survivors, and others in the memorialization process, and will allow these survivors to share their experiences with subsequent generations.