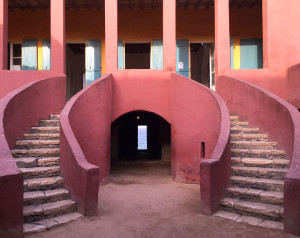 Few places in the world capture the magnitude and brutality of the slave trade like La Maison des Esclaves on Gorée Island in Senegal. Built around 1776 – and the first UNESCO World Heritage site in Africa – the red house on the Atlantic Ocean shares the history and narratives of the vast transatlantic slave trade. Since its founding as a museum in 1962, the historic site has welcomed thousands of visitors, including Nelson Mandela, Pope John Paul II and Barack Obama, but in recent years, it has faced serious challenges due to a lack of resources. 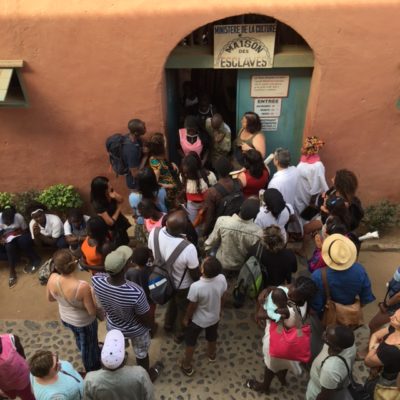 In light of this need, the International Coalition of Sites of Conscience is pleased to be overseeing a major rehabilitation of the museum, which was a founding member of the Coalition. It is doing so with the support of the Senegalese government and the Ford Foundation. This support ensures that the historic house realizes its potential to serve as a repository of knowledge on the transatlantic slave trade and a catalyst for dialogue on memory and key issues that confront humanity today.

“This revitalization will not only enhance our understanding of the slave trade, but encourage us to look deeper, to make vital connections between this history and its modern counterparts from sex trafficking to forced migration,” remarked Elizabeth Silkes, Executive Director of the Coalition. 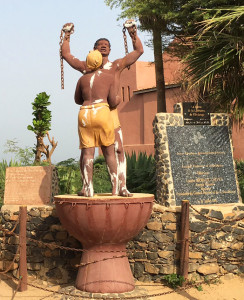 The project is focusing on reinforcing the museum’s physical structure, creating a new space for exhibitions and dialogue, and updating its interpretation and program offerings. The revitalization is designed to accommodate hundreds of thousands of visitors per year, with revised exhibit content to reflect the deeper meaning of the Maison des Esclaves site and the transatlantic slave trade, positioning the museum to become a global center for excellence on slavery and its contemporary legacies. A prototype exhibit was developed in October 2019, and the final exhibit will open in early 2022. To learn more about the revitalization project, click here.

This page alone is licensed to the public subject to the Creative Commons Attribution 4.0 International license.