Throughout the Coalition’s network, members are having conversations and opening new doors on the subject of race and civil rights. Black History Month offers us the chance to pause and reflect on these issues together. To help launch these dialogues, the Coalition asked five members to submit questions on these topics that would spark diverse discussions, engaging a range of voices. Beginning Monday, February 22nd, and continuing through Friday, February 26th, we will post one question a day on our Facebook page. We encourage you to visit the page throughout the week and add your own thoughts and comments.

(And to learn about other ways the Coalition is encouraging conversations, read about our new grant From Brown v. Board to Ferguson: Fostering Dialogue on Education, Incarceration and Civil Rights.)

Located not far from Ferguson, MO, where 18-year-old African American Michael Brown was fatally shot, an incident at the heart of the Black Lives Matter movement, the Missouri History Museum seeks to deepen understanding of past choices,

present circumstances, and future possibilities; strengthen the bonds of the community; and facilitate solutions to common problems.

The issues related to racial inequality in the St. Louis region did not begin in 2014 [with the fatal shooting of Michael Brown], but have been simmering since the decision to enter the Union as a slave state as part of the Missouri Compromise. How can the community recognize its history, but still move forward towards creating a more inclusive region?

The National Civil Rights Museum is the site of the Lorraine Motel in Memphis, TN where Dr. Martin Luther King, Jr. was assassinated on April 4, 1968. Dedicated on September 28, 1991, the Museum exists to assist the public in understanding the lessons of the Civil Rights 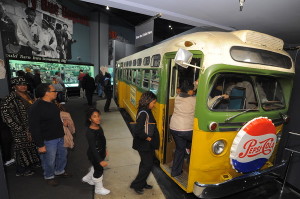 movement and its impact and influence on human rights movements worldwide through its collections, exhibitions, research and educational programs. It chronicles the Civil Rights movement with historical exhibits, including Room 306, the hotel room where Dr. King stayed in April of 1968.

One of the biggest issues today is income and wealth disparities.  The median wealth gap between Latinos and Whites is $102,798; and the gap between Blacks and Whites is $104,033.  What subtle and overt acts of racism and sexism have prevented you from accumulating wealth, and moving up the socioeconomic ladder?

America’s Black Holocaust Museum was founded in 1984 by Dr. James Cameron, who survived a lynching at the age of 16. It builds public awareness of the harmful legacies of slavery in America and promotes racial repair, reconciliation, and healing. When funding challenges

closed its building in 2008, ABHM reopened as a virtual museum. Thousands of people from over 200 countries visit www.abhmuseum.org each month. Regionally, hundreds more participate in ABHM’s face-to-face programs, including film series, speakers, and dialogues for racial repair and reconciliation.

What is the hardest part for you personally about discussing issues around race in America?

The Pauli Murray Project aims to build a better Durham by engaging a diversity of residents to lift up the vision and legacy of activist, scholar, educator, 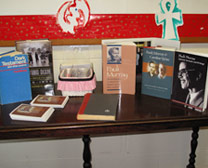 feminist, poet and Episcopal priest Pauli Murray. They support community dialogues, documentation of important Durham stories, and efforts to employ history as a tool for engagement with social justice issues.

Throughout her life, the Reverend Dr. Pauli Murray worked to give voice to the unheard and eliminate institutional racial and gender discrimination. She herself struggled with her mixed-ancestry racial identity, love that extended beyond society’s hetero-normative standards, and the daily inequities of being both black and female in America. In her words, “human rights are indivisible.”

What are your intersectional identities? How can we better bring together people of different identities, especially those with the most often marginalized identities?

Abolitionist Harriet Beecher Stowe wrote perhaps the most influential novel of the 19th century, Uncle Tom’s Cabin, inspiring many to fight against slavery and injustice. The Harriet Beecher Stowe Center continues that legacy. Their programs and activities are energized by the activist’s example, connecting the issues of Stowe’s time to the contemporary face of race relations, class and gender issues, economic 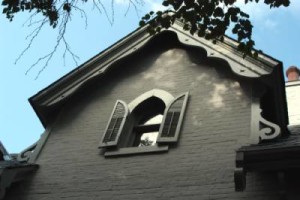 Racism is often interpreted as one individual acting with prejudice towards another individual on the basis of race. But history teaches us that racism is not only individual, but also institutional. Racism is built into the foundation of the United States from the early days of colonization and slavery. Today, it operates in education, policing, health care, housing and even food policy. When defining racism, why do many people ignore institutional racism? How can you challenge institutional racism today?