By Tramia Jackson, Program Associate for the United States Network 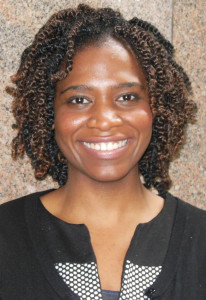 Justice, race, and incarceration reform have recently been at the forefront of conversations in homes, schools, and communities across the United States. Since the 2014 shooting of 18-year-old Michael Brown in Ferguson, Missouri, the subject of excessive force and policing of African Americans, especially youths, has been ever present in communities and schools around the country. The U.S. Supreme Court’s decision to allow juveniles serving mandatory life sentences in federal prison the chance to argue their case for parole, as well as President Obama’s ban on solitary confinement of juveniles in federal prisons have only pushed these issues further into the public sphere, opening discussions around education, the justice system, and racial discrimination. We at the Coalition feel that museums are in the perfect position to be the sites where these discussions can be transformed into real progress on the ground.

That’s why in October 2015 we launched From Brown v. Board to Ferguson: Fostering Dialogue on Education, Incarceration and Civil Rights, a project generously funded by a grant from the Institute of Museum and Library Services. This historic grant brings together eleven members and ten of their community partners to develop inter-generational dialogic programs around the issues of race, incarceration, and education equity.

A major focus of the initiative will be on engaging youth in conversations on education equity, juvenile justice and policing. Each site, in collaboration with local organizations that have strong ties to young people within their community, will help youth develop their dialogic skills and create the infrastructure for them to engage each other on these subjects. The goal for this program is to empower young people to use their voices in the most effective ways possible, helping them hone their own skills to facilitate new and diverse dialogues among their peer groups, conversations that will then extend state to state across the country.

At the end of the project, the Coalition will produce two dialogue toolkits – one focused on inter-generational dialogue and another on youth dialogue – which can then be used as resources for our members and the public, encouraging them to carry these difficult, but vital conversations even further.

Related News: The Coalition recently conducted an online discussion of “Brown v. Board to Ferguson” as part of its “Conscience Conversations” series. The event took place on Tuesday, May 17, 2016.