The International Coalition of Sites of Conscience is honored to welcome its newest members. For more information, or to renew your membership, please click here. 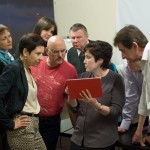 The Belarusian Documentation Center aims to preserve the historical and legal memory of the Belarusian people. In doing so, it collects, stores, organizes and processes information concerning gross violations of human rights in Belarus; provides legal advice to citizens whose rights have been violated; rallies national and international organizations to protect human rights in the country; and promotes democracy and rule of law in Belarus.

The Timbuktu Andalusian Library, more commonly known as Fondo Ka’ti, opened in 2003 with the mission of memorializing Andalusian history. At present 4,449 people have been recorded, all descendants of the Andalusian family of Ka’ti in Timbuktu. With this project, the Library hopes to shed light on the shared history between Africa and Europe and to start new dialogues on questions of recognition and identity. 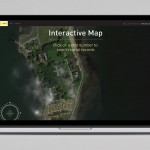 Since 1869, prison labor has been used to bury unclaimed, unidentified, and impoverished New Yorkers in mass graves on Hart Island, located in the eastern edge of the Bronx. These graves are largely inaccessible to the public. The Hart Island Project is a non-profit group devoted to giving those buried there the recognition they deserve. Among other activities, it raises awareness of this site, advocates for the rights of relatives to visit the graves, and maintains “The Traveling Cloud Museum,” an interactive map and list of people buried at the site since 1980. 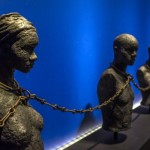 In memory of those who were victims of the slave trade and slavery, the Memorial ACTe is set on Guadeloupian soil, on the site of the former Darboussier sugar factory. The museum promotes historical insight, peace and concord among communities and raises awareness. Besides being a site for contemplation, commemoration and reconciliation, the Memorial ACTe is a hymn to freedom and aims to be a temple erected to the belief that the past should by no means become a prison. 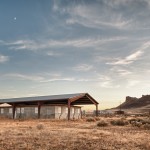 In response to the attack on Pearl Harbor, President Roosevelt signed Executive Order 9066 in February 1942, which resulted in the mass incarceration of Japanese Americans in the United States. In camps across America, roughly 120,000 were detained, many of them American citizens. Tule Lake in northern California was the largest camp, with nearly 19,000 people held behind barbed wire fences. As part of World War II Valor in the Pacific National Monument, Tule Lake now works to preserve, study, and interpret the history and setting behind the incarceration and segregation of this population during World War II. 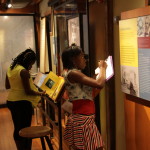 This site preserves White Haven, the Missouri home of the 18th President of the United States Ulysses S. Grant. While Grant is widely known as the Civil War general who led the army that defeated slavery, the historic site offers a more complex interpretation of the man. Slaves, for instance, worked at the site while Grant lived there, an experience that influenced his future views. Through programs and exhibits, the museum explores not only the former President, but also his legacy and time.